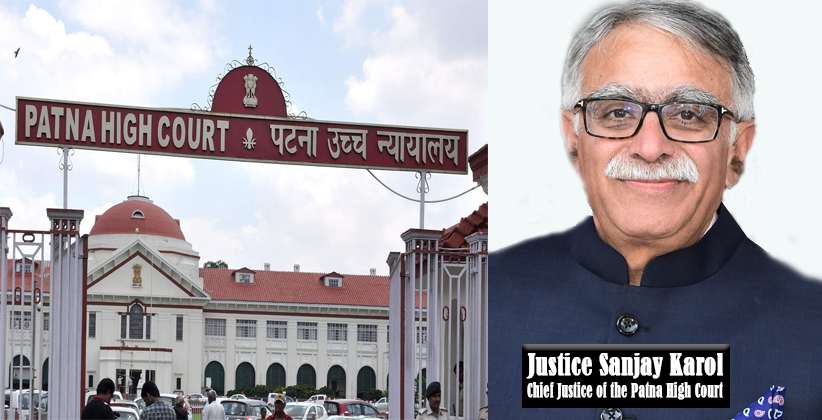 Saurav Narayan, a law student of Delhi University has addressed a letter to the Chief Justice of the Patna High Court, Justice Sanjay Karol, seeking the court to take cognizance of the insensitive act of Local administrative bodies of Hajipur Subdivision, Vaishali district, Bihar where they have restricted any activity in the Containment Zone and also closed down all shops for essential services including pharmacies and hospitals to contain the spread of the disease as reported in the Hindustan Newspaper (Hindi) on 07.08.2020.

India is reporting a significant rise in the daily number of positive cases which has created a confusing situation for the administration as a result of which the administrative authorities are imposing strict rules in the containment areas.

The Ministry of Home Affairs (MHA) through its order dated 29.07.2020 had issued guidelines for Unlock Phase 3 allowing only essential activities in the containment zones. The order says, “There shall be strict perimeter control to ensure that there is no movement of people in or out of these zones, except for medical emergencies and for maintaining the supply of essential goods and services”. Even the Home Department of Bihar Government permitted the functioning of hospitals and all related medical establishments through an order dated 30.07.2020.

The law student has pointed out the ordeals faced by the people of Bihar amidst the Global pandemic. The closing down of shops dealing in essential services, including medical shops in containment zones is an outrageous act by the administration calling this as the violation of Article 21 which guarantees protection for life and good health.

He has even referred to a few case laws in which the judiciary has emphasized on the importance of health to human life. While citing another heart-wrenching incident in Bettiah, Bihar where a man died at a COVID Hospital alleging its authorities of their lapses on the video he stated that, “This is certainly not how an administration should function especially in a containment zone.”

Further, while pointing out the country’s existing disparities, Saurav stated that “In a state like ours where more than half of the population struggles to arrange two square meals for themselves and whose migrant workers had to starve and walk barefoot to their hometowns, it is shocking and outrageous that the administration issues such a guideline closing down shops dealing in essential services, including medical shops, in containment zones. Who would be responsible if any person dies due to absence or lack of medication, is a question which the concerned administration must answer?”

He has urged the Hon’ble High Court to take appropriate steps in order to safeguard the interests of the public at large.