Home Judiciary Lawyer Cannot Represent An Organization If He Is Part Of Its Executive Committee: SC In Haren Pandya Case [Read Judgment]
Judiciary 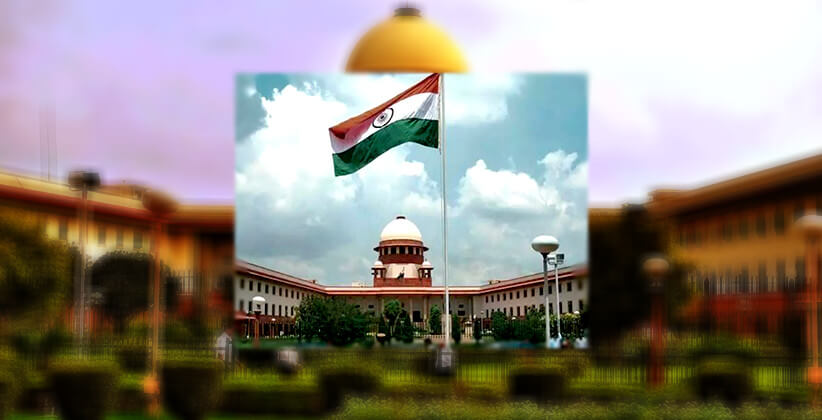 The Supreme Court on July 5, 2019, in the case of Central Bureau of Investigation & Anr. v. Mohd. Parvez Abdul Kayuum Etc., has dismissed the PIL filed by Centre for Public Interest Litigation (CPIL) demanding further probe in the Haren Pandya murder case, thereby, restoring the conviction and sentence of the twelve accused.

The Bench of Justices Arun Mishra and Vineet Saran on observing that the PIL lacked bona fides and was motivated by extraneous reasons, has imposed a cost of Rs.50,000 on CPIL.

"We are not happy the way in which the writ petition has been filed. It has been filed acting obviously in conjunction with the accused persons in the case as the counsel for accused has admittedly supplied the documents to the petitioner and had consultations,” the court observed in the judgment.

The court also found fault with Advocate Prashant Bhushan for representing CPIL on noting that he is a member of the executive committee of CPIL.

The court noted that this is contrary to Rule 8 of Chapter II of Part VI, Section 1 of Rules of Conduct framed by Bar Council of India, which forbids an advocate from representing an organization if he is a member of its executive committee.

To this, Bhushan submitted before the court that he had questioned the vires of Rule 8 in the Delhi High Court and that the BCI had stated that it will amend it.

The court, however, did not accept this argument saying that so long as the Rule has not been struck down by a court, it has to be complied with.

"...until it is declared ultra vires, we hold that the advocates are bound to observe the same,” the court said.

In the petition filed last January, CPIL said that need for further probe into the murder of former Gujarat Home Minister arose in the light of "startling revelations" by Azam Khan, a witness in the Sohrabuddin case. Azam Khan during the trial had given a statement that Sohrabuddin Sheikh had confided to him that Haren Pandya was murdered as part of a "contract" given by former IPS officer DG Vanzara. Further, he also revealed that Sohrabuddin, along with his associate Tulsiram Prajapati and two others, had murdered Pandya as part of that contract.

In this regard, the court said that Azam Khan's statements cannot be given any value. He made the statements nearly fifteen years after the incident, and had not revealed it to the investigation agency.

"it appears to be clearly a motivated one and bundle of falsehood as he could not give any reason for omission in the previous statement in which also this issue was not involved,” the Bench observed.

The petition also pointed out a conversation recorded in the book "Gujarat Files" written by journalist Rana Ayyub in which YA Shaik, a CBI officer who handled the case, revealed to Ayyub that the CBI had not done any investigation of its own and merely repeated what was told to them by the Gujarat Police. Moreover, he also reportedly revealed that Haren Pandya's murder was a political conspiracy and that several politicians, as well as IPS officers including DG Vanzara, were involved in the conspiracy.

However, the court discarded Ayyub's book by saying: "The Book by Rana Ayyub is of no utility. It is based upon surmises, conjectures, and suppositions and has no evidentiary value. The opinion of a person is not in the realm of the evidence. There is a likelihood of the same being politically motivated, cannot be ruled out."

The court also noted that plea for further probe by Vithalbai Pandya, the father of Haren Pandya, was dismissed by the Gujarat High Court and the apex court.

"no case is made out on the basis of material placed on record so as to direct further investigation or re investigation. There is absolutely no material for that purpose. The matter has already attained finality due to the dismissal of SLP. Even otherwise the petition has been based upon reports in the newspapers/magazines,” the court said.

Haren Pandya on March 26, 2003, was shot-dead in his car as he was returning from a morning walk. He was the home minister of Gujarat then. The case was investigated by the Central Bureau of Investigation (CBI).