Home Judiciary Legal Course Adopted By Wife To Protect Her Rights Is Not Cruelty Against Husband: SC [Read Judgment]
Judiciary

Legal Course Adopted By Wife To Protect Her Rights Is Not Cruelty Against Husband: SC [Read Judgment] 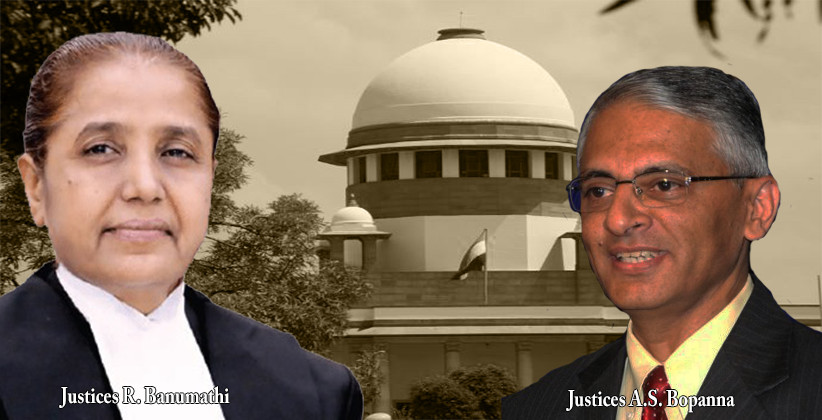 The Supreme Court on August 21, 2019, in the case of Ravinder Kaur v. Manjeet Singh, has observed that adoption of legal course by wife, in accordance with law, to protect her rights cannot in any event be considered as inflicting cruelty on husband.

A Division Bench comprising of Justices R. Banumathi and A.S. Bopanna was hearing an appeal filed by the wife of the respondent who died during the pendency of this appeal. The appeal was filed against the judgment passed by the Punjab and Haryana High Court dissolving the marriage between the parties.

In this case, the respondent filed a petition under Section 13 of the Hindu Marriage Act, 1955, seeking dissolution of the marriage alleging mental cruelty inflicted upon him by the appellant. Taking into consideration the facts and circumstances of the case, the Trial Court dismissed the petition. However, when the matter reached the High Court, it proceeded in the matter with the preconceived notion that the marriage is irretrievably broken down and that the dispute is between a couple who have grown up married children.

Aggrieved by the decision of the High Court, the wife moved the Supreme Court.

In appeal, the Supreme Court observed that “Insofar as the action taken by the appellant herein to file a police complaint and the proceedings initiated under Section 107/151 of Cr.PC it is the natural legal course adopted by respondent to protect her right and possession of the property. It is not in dispute that at the point when a complaint was filed and a suit was also stated to have been filed by the appellant herein on 05.09.1995 there was misunderstanding brewing in the marital life of the parties and in that circumstance the appellant herein had adopted the legal course to protect her rights. Such actions taken in accordance with law cannot, in any event, be considered as inflicting cruelty as the legal proceedings was used only as a shield against the assault.”

The court placed reliance on a judgment passed in Ramchander v. Ananta (2015) 11 SCC 539 wherein while taking note of similar instances this court has held that the same would not amount to cruelty and such instances would not be convincing enough to lead to a conclusion that the marriage is irretrievably broken down.

Setting aside the judgment of the High Court and restoring the decision of the Trial Court, the court said “keeping in view the nature of allegations made and the evidence tendered in that regard, we find that the consideration made by the trial court with reference to the reliability of the evidence is more appropriate. As already noticed the High Court, while taking note of the nature of allegations made has proceeded on the basis that there is irretrievable breakdown of the marriage, Needless to mention that irretrievable breakdown of marriage by itself is not a ground provided under the statute for seeking dissolution of marriage.”