Calcutta HC Asks Legislature To Consider Introducing Provisions In Electricity Act, 2003 For Payment Of Compensation For Death/Injury Caused By Electrocution 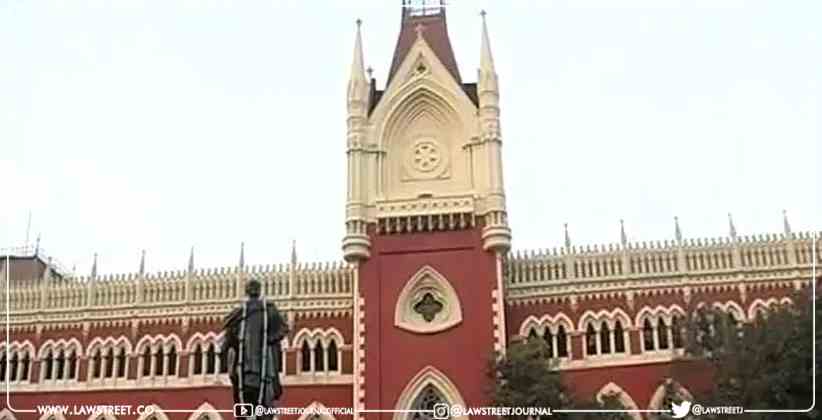 The Calcutta High Court on Tuesday urged the legislature to include explicit provisions in the Electricity Act, 2003 (2003 Act) governing the payment of compensation to victims of electrocution-related injury, death, or property loss, as well as their relatives.

The Court also stated that the legislature should consider creating a specific hierarchy of forums to decide such disputes, and that Rules may be developed by the Central or State Electricity Regulatory Commissions to ensure that such laws are effectively implemented.

"It is desirable that the legislature considers the immediate introduction of specific provisions in the Electricity Act, 2003 itself, regarding payment of compensation to victims of injury, death of damage to property caused by electrocution or their next of kin and, if deemed fit, to also consider providing for a dedicated hierarchy of forums to decide such cases. Rules in that regard may also be formulated by the Central and/or State Electricity Regulatory Commissions for effective implementation of such provisions."

The Court further noted that relegating such matters of compensation to a Civil Court would aggravate the misery of the victim's kin and accordingly remarked,

"The option of relegating such matters of compensation to a civil court, considering the usually sorry plight of the victim's dependants, would involve much time and resources which the applicants in such matters mostly cannot afford to spend. Civil suits, by their implicit nature and statutory structure, require oral and documentary evidence to be led and considered in detail before final disposal."

The Court went on to say that the 2003 Act makes no provision for compensation in the event of injury, death, or illness. Property damage as a result of electrocution. It was further pointed out that Section 161 of the 2003 Act is solely concerned with the giving of notice.

In this regard, there are accidents, investigations, and modalities. It was pointed out that the Intimation of Accidents (Form and Time of Service of Notice) Rules, 2005 only regulates the notification of accidents. Frames guidelines for the format and timing of electrical accident notices, but stops short of going further.

Apart from the judgement of the West Bengal State Electricity Distribution Company Limited (WBSEDCL) Board of Directors at its 69th meeting on February 20, 2017, Justice Bhattacharyya believes there is no other guideline under the relevant law for the award of compensation for death by electrocution.

It was noted that the WBSEDCL Board of Directors had arbitrarily set the solatium payable in such circumstances at Rs. 5 lakh without disclosing the process used to reach that determination. Referring to the Calcutta High Court judgement in Joyrita Maity (Biswas) vs. WBSEDCL & Ors, it was noted that the Single Judge arrived at the quantum based on the facts of the case; however, the said judgement did not establish a general norm controlling such compensation.

BACKGROUND OF THE ISSUE

On May 1, 2015, the petitioner's husband was electrocuted when an electrical electricity wire drawn over a brick-built government road fell over him. Following that, the petitioner filed a claim with the WBSEDCL for compensation based on his death.

WBSEDCL, on the other hand, took no action in this regard, resulting in the filing of the current petition. The question before the Court was: what standard should be used in awarding compensation to the victim's family members in cases of electrocution death?

OBSERVATIONS ON THE MATTER

The Court stated that distribution corporations like the WBSEDCL cannot avoid liability in such catastrophes since the product they handle entails a significant implicit risk and hazard, roughly comparable to producers, makers, and carriers of highly combustible or explosive commodities.

It was also emphasised that such companies or licensees cannot calculate the compensation or solatium payable to victims or their family arbitrarily.

The Court reasoned that because there is no existing law governing the payment of compensation in such cases, distribution licensees must assess the compensation payable on a case-by-case basis, rather than using a uniform yardstick as provided by the Motor Vehicles Act, 1988 and the Rules enacted thereunder.

"Since no guideline is provided in the extant law and rules/regulations, as placed before this court, the distribution licensees, for the time being, shall assess the compensation payable on a case-to-case basis, but on a uniform yardstick, by resorting to a multiplier akin to the provisions under the Motor Vehicles Act, 1988 and the Rules framed thereunder, which stand on a similar footing, in the absence of a better alternative", the Court directed

Although there is no scope to direct consideration of the petitioner's appointment on sympathetic grounds (because the victim was not a WBSEDCL employee), the WBSEDCL's duty to pay compensation to the petitioner cannot be avoided, according to Justice Bhattacharyya in this case.

As a result, the petition was dismissed, with the WBSEDCL being directed to determine the amount of compensation payable to the petitioner in the event of her husband's death by electrocution, using the multiplier and yardsticks set forth in the Motor Vehicles Act, 1988, and the Rules promulgated thereunder.

"Such consideration should be completed as expeditiously as possible, positively within May 31, 2022, if necessary, after giving an opportunity of hearing to the petitioner and/or her designated agent. The quantum of compensation thus arrived at shall be disbursed to the petitioner positively by June 15, 2022”, the Court ordered further.

Allocating 7.5% Of Medical Seats To Govt School Students Is Not A Matter Of Reservation, But Of Institutional Preference: Tamil Nadu To Madras High Court