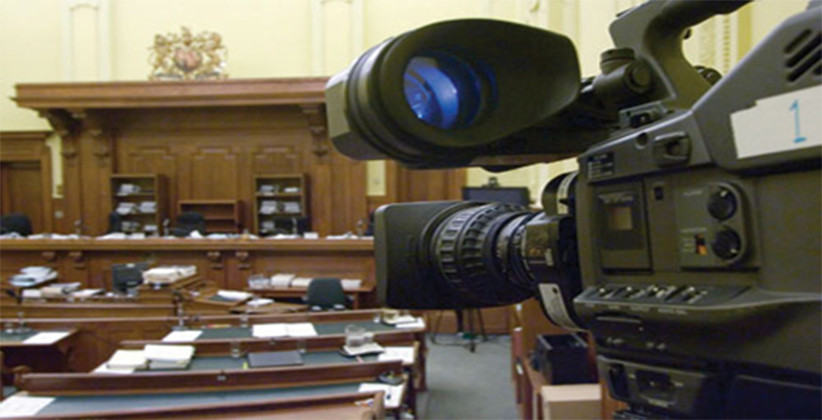 The Supreme Court will be hearing the matter seeking live-streaming of court proceedings concerning matters of National importance on Tuesday (February 4, 2020). The Apex Court earlier in the case on 26th September, 2018, a Wednesday had agreed to the live-streaming and video recording of court proceedings, saying “sunlight is the best disinfectant.”

The Aex Court bench of Chief Justice Dipak Misra, and Justices A. M. Khanwilkar and D. Y. Chandrachud said it will soon make the necessary rules for balancing the rights of the public and protecting the dignity of litigants. While CJI Misra and Justice Khanwilkar pronounced a common judgement, Justice Chandrachud gave a separate concurring verdict.

It was concluded that live-streaming of court proceedings will effectuate “public right to know” and bring in more transparency in judicial proceedings, the court said and asked the Government to frame rules in this regard under Article 145 of the Constitution of India, 1949 that states- "the Supreme Court may from time to time make rules for regulating generally the practice and procedure of the Court, subject to the provisions of any law made by the parliament with the approval of the President of India."

Live streaming of court proceedings will bring accountability and transparency in the judicial system and reserve the public interest, the court stated. The bench said, "Sunlight is the best disinfectant, let people get first-hand information about what is going on in courtroom proceedings.”

The verdict was passed on a batch of petitions, including those filed by Senior Advocate Indira Jaising, law student Snehil Tripathi and NGO ‘Centre For Accountability and Systemic Change’ on the issue. Indira Jaising, in her PIL, had sought video-recording of proceedings on matters of national importance. She, highlighted the need to include safeguards to prohibit unauthorised reproduction of broadcasts too. While considering her petition, the court had earlier observed that live streaming of court proceedings will help the litigant instantaneously know the happenings of the case and the lawyer's performance.

• He had also suggested that live streaming should be delayed by 70 seconds to allow the Judges to mute the sound when a lawyer misbehaves or if the matter is sensitive, like dealing with individual privacy or national security.

• In reply to the same, the bench had observed, “we don't perceive any difficulty in live streaming", "Let us first start with it and see how it goes. We are just on a pilot project. We are not ruling out anything and will improve with time. We cannot have everything together."