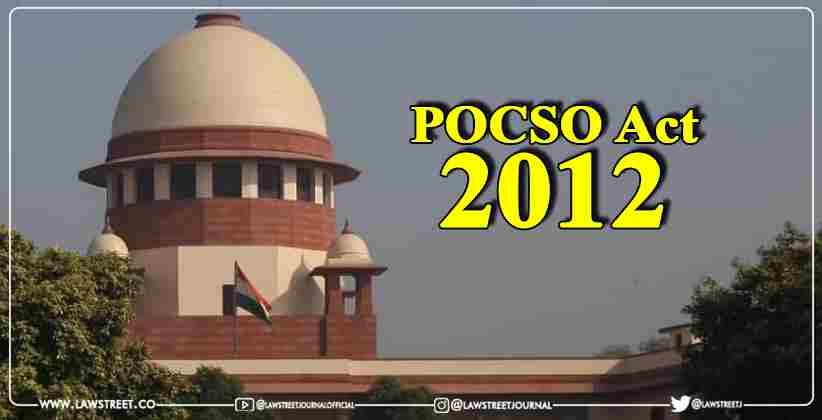 The Supreme Court set aside bail granted to an accused under section 376 of the Indian Penal Code and section 6 of the Protection of Children from Sexual Offences Act (POCSO Act 2012), on 22nd February 2022, noting that once it appears to the Court that the prosecutrix was a minor, the grounds of a "love affair" between her and the accused and the accused's alleged refusal to marry would be extraneous for bail.

The bench of Justices D. Y. Chandrachud and Surya Kant was hearing an appeal arising from the decision of a Single Judge of the High Court of Jharkhand in August 2021, by which the application for bail of the second respondent/accused had been allowed, subject to conditions.

The bench noted that on 27 January 2021, an FIR was registered in District Ranchi inter-alia for offences punishable under section 376 of the IPC and section 6 of the POCSO Act. "The complaint of the petitioner contains an allegation that when she was a minor, the second respondent had taken her to a residential hotel and had entered into sexual relations with her on the assurance of marrying her. The complainant further recites that the second respondent was refusing to marry her, that he had sent obscene videos to her father. The application for anticipatory bail filed by the second respondent was rejected by the Special Judge (POCSO), Ranchi in February, 2021. Thereafter, the second respondent had surrendered and sought bail. The charge sheet was submitted before the special judge on 24 May 2021", recorded the bench.

"The application for bail has been allowed by the Single Judge of the High Court of Jharkhand. The reasons which have weighed with the Single Judge are contained in the following paragraph from the impugned order of August, 2021: 'It appears from the statement under Section 164 of the Criminal Procedure Code. as well as the averments made in the FIR that there was a love affair between the petitioner and the informant and the case appears to have been instituted only on the point of refusal of the petitioner to solemnise marriage with the informant'”, further recorded by the bench.

The Bench noted that Senior Advocate Anand Grover, for the appellant,  has submitted that the date of birth of the victim as recorded in the Aadhaar card is 1 January 2005 and during the time of commission of the alleged offence the victim was about 13 years of age and more so with regards to the provisions of Section 376 , IPC and the provisions of the POCSO Act, the reasons which have weighed with the High Court are ex facie extraneous and the application.

Mr. Grover had orally advanced in Court on Monday, "The accused was 20 years old, so it is not like they were both minors when it happened. A 13-year old could not have given consent in law. It is statutory rape. Unfortunately, the High Court says there was a love affair between the two and that the case was filed only when he refused to marry and grants bail"

"Medical evidence and all is a matter of trial", Justice Surya Kant had remarked orally.

The bench then proceeded to hold that, "In our view, the High Court was manifestly in error in allowing the application for bail, particularly on the ground that from the statement under section 164 as well as the averments in the FIR, it appears that there was a 'love affair' between the appellant and the second respondent and the case was instituted only on the point of the refusal of the second respondent to solemnise marriage with the appellant."

The bench continued to observe in its order, "Once prima facie it appears from the material before the court that the appellant was barely 13 years of age on the date when the alleged offence took place, the ground that there was a 'love affair' between the appellant and the second respondent as well as the alleged refusal to marry may be circumstances against the grant of bail."

"Having regard to the age of the prosecutrix and the nature and the gravity of the crime, no case for the grant of bail was established. In its order granting bail, the circumstances which were borne in mind by the High Court are extraneous in nature, having regard to the provisions of section 376 of the IPC and section 6 of the POCSO Act. We accordingly allow the appeal and set aside the impugned order of the High Court. Consequent on the setting aside of the impugned order of the High Court, the second respondent shall surrender forthwith", directed the bench.