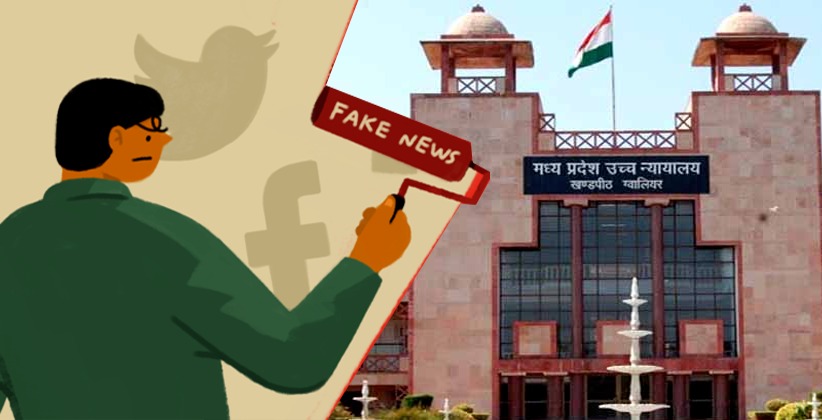 On Wednesday, 14th October 2020, a public interest litigation petition was filed by a social worker at the High Court of Madhya Pradesh. While reviewing the aforesaid plea, the High Court of Madhya Pradesh refused to put a blanket order on the fake news on social media platforms and stated that “The petitioner has not been able to point out any statutory provision of law which entitles the publicity department to have a check on such news.”

The petition was by a social worker. IN the PIL, the petitioner stated that a lot of unchecked news was being circulated through social media platforms like WhatsApp, Facebook, etc. and sought

The court thus refused any other remedy or any ‘blanket order’ against social media platforms stating “In a Public Interest Litigation, this Court by a blanket order cannot restrict the circulation of news on WhatsApp, Facebook, etc. on the basis of wide allegations leveled by the petitioner.”

Recently, the Supreme Court had refused to review and order passed by it which sought the framing of guidelines to curb the spread of fake news through social media as well as print and electronic media.

In 2019 as well, Advocate Anuja Kapoor had filed a PIL which highlighted the use of social media for spreading fake news in the wake of India-Pakistan tension. However, the Court refused to entertain this petition and it was dismissed.