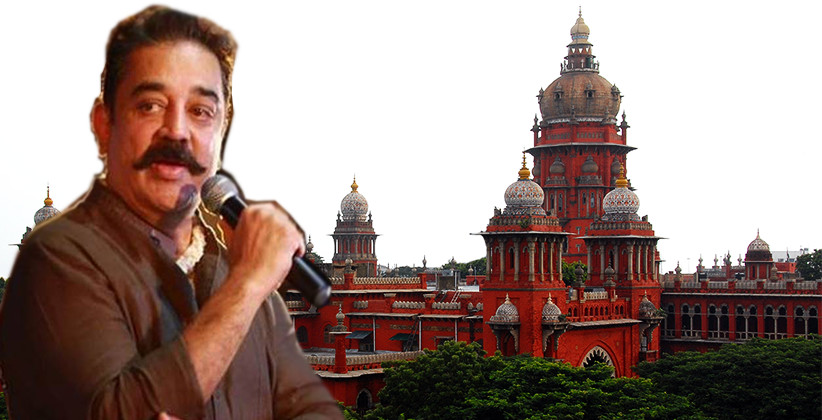 The Madurai Bench of the Madras High Court today (May 20, 2019) granted anticipatory bail to actor turned politician Kamal Hassan in connection with a case filed against him for his remarks on Nathuram Godse during a campaign speech in Aravakurichi, Karur District.

Founder of Makkal Needhi Maiam, Kamal Hassan last week during a speech had said that “free India’s first extremist was a Hindu”, in reference to Mahatma Gandhi’s assassin Nathuram Godse.

Pursuant to the statement, the actor was booked by the Aravakurichi police under Sections 153A and 295A of the Indian Penal Code, 1860.

Justice B. Pugalendhi took into consideration the entire speech delivered by Mr. Hassan and granted anticipatory bail with conditions stating that Mr. Hassan was a leader of a registered political party and the election process was under way.

In his petition, the MNM founder told the court that his statement “did not incite hatred”.

"My speech focused on co-existence, and did not incite hatred. The comments on Nathuram Godse are a historical fact," Haasan said.

Further, Haasan also said that the speech was made on Godse and not on Hindus as a whole. Godse himself, in his book Why I killed Gandhi, had categorically stated that Mahatma Gandhi had acted against the interest of Hindus, and had blamed him for partition.

Section 482 CrPC: HC Is Under Obligation To Assign Reasons As To Why A Petition Is Allowed Or Rejected: SC [Read Judgment]