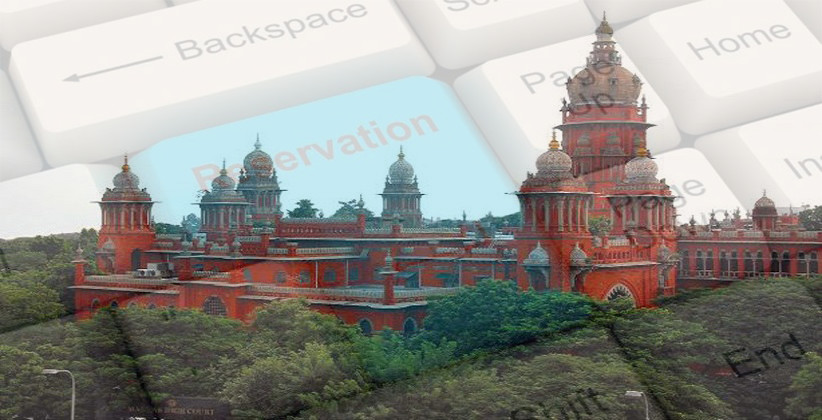 The Madras High Court today i.e., January 21, 2019, has issued a notice to central government seeking a reply on a petition filed by the Dravida Munnetra Kazhagam (DMK) challenging the 10 per cent reservation for economically poor general category citizens before February 18, 2019.

The Rajya Sabha passed the Bill on January 9, 2019, a day after the Lok Sabha approved the Bill to grant 10 per cent reservation in education and government jobs for economically weaker sections (EWS) among the general category.

The reservation is meant for economically weaker sections whose annual earning is below Rs 8 lakh and who possess less than 5 acres of agriculture land.

DMK had voted against the Constitution (One hundred and twenty-fourth amendment) Bill, 2019, in Parliament demanding that it should be sent to a select committee for further scrutiny.

The Bill was also challenged in the Supreme Court on January 10, 2019, on the ground that the economic criteria cannot be the sole basis for reservation.