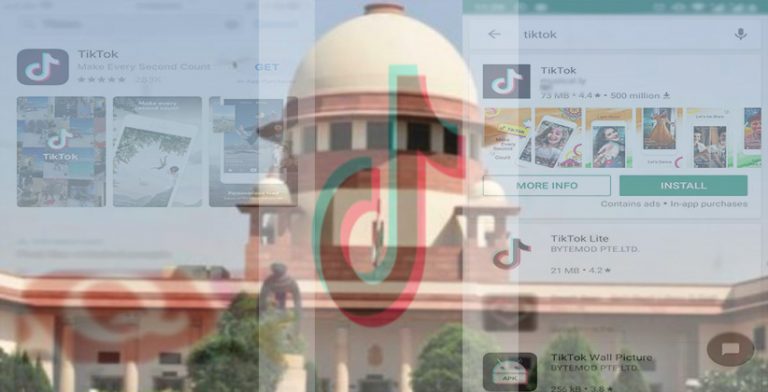 The Madras High Court order directing the Centre to ban the popular Chinese video app TikTok has been challenged in the Supreme Court.

The matter was mentioned today (April 8, 2019) before Chief Justice of IndiaRanjan Gogoi by Senior Advocate Abhishek Manu Singhvi, who sought urgent listing of the case stating that “An ex-parte interim order was passed against me.”

To which, CJI said that he will look into the matter.

On April 3, 2019, a Bench comprising of JusticesN. Kirubakaran and S.S. Sundar had asked the Centre to put a ban on the app and also directed the media to prohibit from telecasting videos made using the app.

The Bench passed the said order after noting that the children who were using TikTok were vulnerable to exposure to sexual predators. “Majority of the teens are playing pranks, gaffing around with duet videos sharing with split screen to the strangers. The children who use the said application are vulnerable and may expose them to sexual predators …. Without understanding the dangers involved in these kinds of Mobile Apps., it is unfortunate that our children are testing with these Apps,” the Bench said.