Judiciary Mar 27, 2021 Snehal Khemka ( Editor: Ekta Joshi ) 8 Shares
8 Shares
The Madras High Court in a recent judge mentordered compensation of ₹8 lakh (along with 6% interest) to the family of a woman who died in the year 2014 as she was traveling in an EMU.

"Only in the event of a criminal act or self-inflicted injury with an intention can be attributed against the victim as contemplated under Section 124(A) of the Railways Act. In all other circumstances, mere negligence or carelessness cannot be a ground to deny the compensation," the court said. The single bench of Justice SM Subramanian overruled the railway tribunal's order which had denied compensation to her family members in the year 2016 noting that she was not a bonafide passenger and further the she committed an act of negligence. It was contended that the incident was suffered as a result of external factors of overcrowd, speed, jerk, and a jolt of the train, resulting into the deceased suffering a grievous injury on the back of the head, leading to an on spot death.  Additionally, The Counsel appearing for the respondent Railway made a submission that the accident occurred due to negligence on the part of the deceased and further she was not holding a valid ticket.

The Court, in its observations noted that the untoward incident occurred on account of heavy rush in the running train and that the deceased sustained shock and died due to hemorrhage because of multiple injuries. The DRM report further revealed that the deceased aged about 38 years had fallen down from an unknown EMU Train and expired on the spot, while she was traveling in an unknown EMU train between MKK and NBK Railway Stations. The courts response to the railway's plea that she was herself negligent read as-

"Adequate safety measures are not provided, more specifically, in EMU trains. Railway Authorities are bound to provide safety measures to the passengers, more specifically, working-class passengers, who are all traveling on a day-to-day basis and while returning back from work, they will be either tired or under pressure to reach their home quickly."

Furthermore, the Court also observed that a large number of untoward incidents are not teaching any lesson to the Railway Authorities to formulate a scheme to improve the safety measures in EMU Trains and that they are expected to perform their public duties with high responsibility and accountability. "Railways are also equally contributing for such negligence by not providing adequate security for the passengers traveling in EMU trains and other trains. Thus, contributory negligence also plays a pivotal role”, the Court remarked  that mere negligence or carelessness cannot be a ground to decline compensation to the victims.   [READ JUDGMENT] 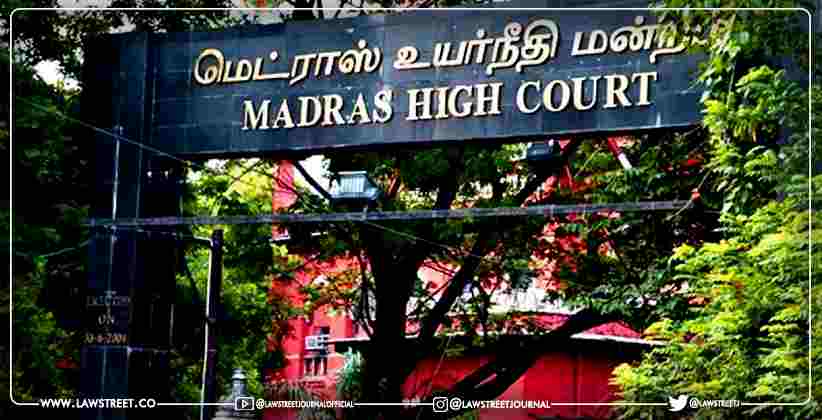 Judiciary May 04, 2021 Aishwarya Gairola ( Editor: Ekta Joshi ) 2 Shares
2 Shares
A writ petition was admitted by the Madras High Court on April 30th, 2021 challenging the Madras High Court Arbitration Rules, 2020 on grounds of it being ultra vires of the Arbitration and Conciliation Act, 1996 and the Commercial Courts Act, 2015. The writ petition has been filed by Sivesh Varshan.The Arbitrations Rules, 2015 have been challenged on the grounds of being violative of Section 10 referred with Section 15 of the Commercial Courts Act, which deals with the commercial disputes...
Read full post 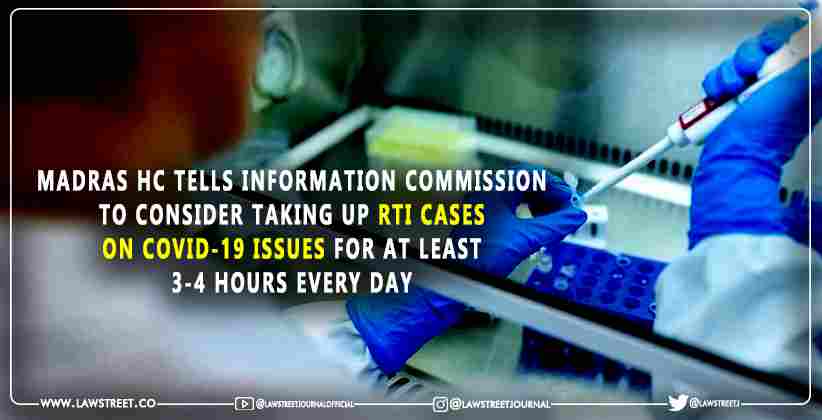 Judiciary May 03, 2021 Snehal Khemka ( Editor: Ekta Joshi ) 1 Shares
1 Share
The Madras High Court on Wednesday, April 28, 2021 asked the Central and State Information Commissions to consider a representation made by journalist Saurav Das in the case of Saurav Das v. Union of India & Ors. for expeditious disposal of RTI cases pertaining to Covid-related issues.A Division Bench comprising of Chief Justice Sanjib Banerjee and Justice Senthilkumar Ramamoorthy observed,"It may do well for the State and the Centre to consider whether, particularly...
Read full post