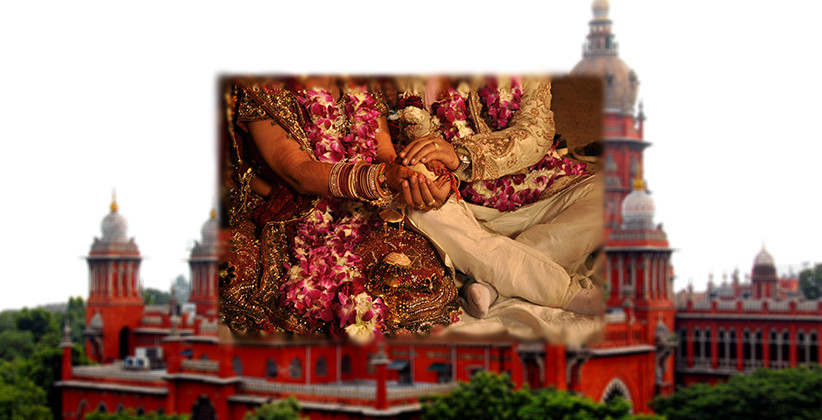 While hearing a petition on June 18, 2019, filed by a couple entered into an intercaste marriage, the Madras High Court sent out a message endorsing such marriages, opining that such marriages must be encouraged to uproot the caste system.

The order passed by Justice N. Anand Venkatesh observed that "In fact many thinkers believe that intercaste marriage is the only panacea to root out the evil of caste system. These are days where the younger generation is slowly moving out of the ill-effects of caste system and that is the reason for a lot of intercaste marriages that are happening in the society. These changes must be accepted by the elders and this change is infact good for the society in rooting out the caste system."

Advocate M. Radhakrishnan, appearing for the petitioners, pointed out that the Supreme Court in Arumugam Servai v. State of Tamil Nadu had already highlighted that stern action must be taken against the persons who threaten people for entering into intercaste marriages. He also argued that the petitioners were major persons, owing to which their future cannot be dictated any longer by the opposing family.

Accepting the submissions, Justice Venkatesh held, "It is an admitted fact that the petitioners herein are major and they have every right to decide their life and they cannot be threatened or harrassed by the parents or the family members..... As held by the Hon'ble Supreme Court, the respondent police ought to have taken immediate action on the complaint given by the petitioners seeking for police protection."

The court, therefore, directed the police to warn the opposing family against interfering with the married life of the petitioners. Further, if the threat remains, the court has directed that necessary protection be granted to the newly married couple and the husband's parents, with whom they are residing.