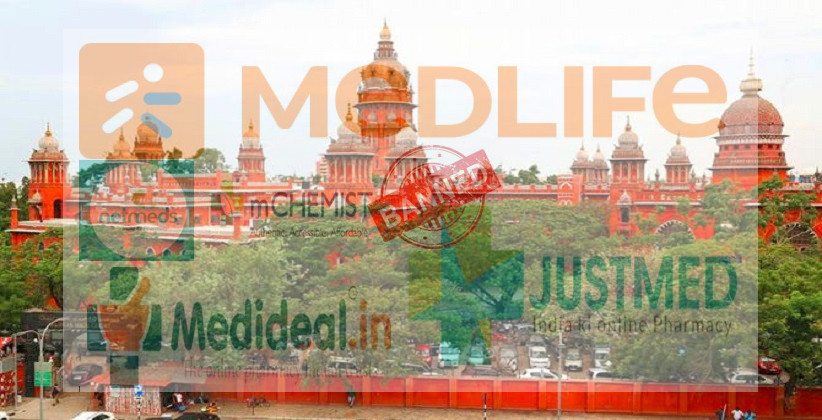 A Division Bench of the Madras High Court today i.e., January 2, 2019, stayed the Single Judge's order imposing a ban on the online sale of medicines until appeals preferred against the ban by affected companies are disposed of.

A Bench comprising of Justice M. Sathyanarayanan and Justice P. Rajamanickam pronouncing the verdict said that "If online trade is prohibited all of a sudden, it will affect the needy patients and those who have already ordered for medicines.”

Earlier on December 17, 2018, a single judge of the court hearing a plea moved by the Tamil Nadu Chemists & Druggists Association, directed the Centre to notify the rules governing the trade on or before January 31, 2018, and stayed all such trade through online mode till such notification is issued.

Aggrieved by the said order, the online pharma traders moved an appeal in the Madras High Court wherein they contended that most of them were licence holders under the Drugs and Cosmetics Act, 1940, and others were just aggregators who act as couriers for licensed pharmacies.

Further, they also informed the court that the Centre had framed draft rules to govern such online sale and the same would be notified soon.

According to the association "laws for pharmacies in India are derived from the Drugs and Cosmetics Act, 1940, the Drugs and Cosmetics Rule, 1945 and the Pharmacy Act, 1948. These laws were written prior to the arrival of computers and India does not have any concrete laws defined for online sale of medicines. Though various amendments had been made to the Acts, no provision had been incorporated to utilise information technology for sale of medicines online," the association said.

“Medicines are not simple items of commerce, they are an essential component of patients’ health and they must be administrated to patients in a timely manner as prescribed by a registered medical practitioner and such drugs are provided under the direct supervision of qualified pharmacist for the benefit of patients,” it added.

The matter has been posted for final disposal on January 24, 2019.