Home Judiciary Husband And Children Can Only Be The Legal Heirs Of Wife: Madras HC
Judiciary 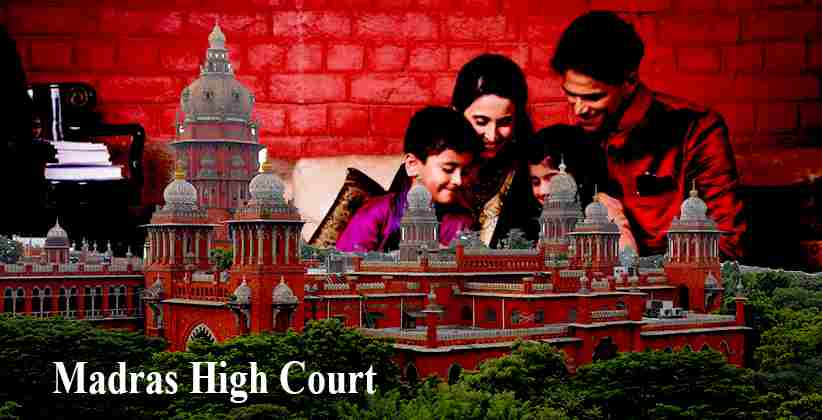 The Madras High Court single judge bench of Justice CV Karthikeyan has ruled in a writ petition filed by BR Krishna that only the husband and children of a woman are the legal heirs after her death.

Petitioner BR Krishna is the husband of Vijayanagalakshmi, who had died in 2013. Tahsildar in Aminjikarai had included his mother-in-law named Sekhari as one of the legal heirs of his wife besides him and his daughter B Tanushree, in the legal heir certificate, which he had protested. The present writ petition had prayed to direct the concerned authorities on the correct position of the wife’s legal heirs.

The reason given by the defendant was that the petitioners monther-in-law is in fact a mother of the deceased and Class I legal heir, but rejecting these contentions, the Court made it amply clear that besides husband and children nobody else can be a woman’s heir.

The certificate issued by the Tahsildar was cancelled by the Court and direction was issued to Tahsildar to issue a fresh one on or before February 5, 2020.