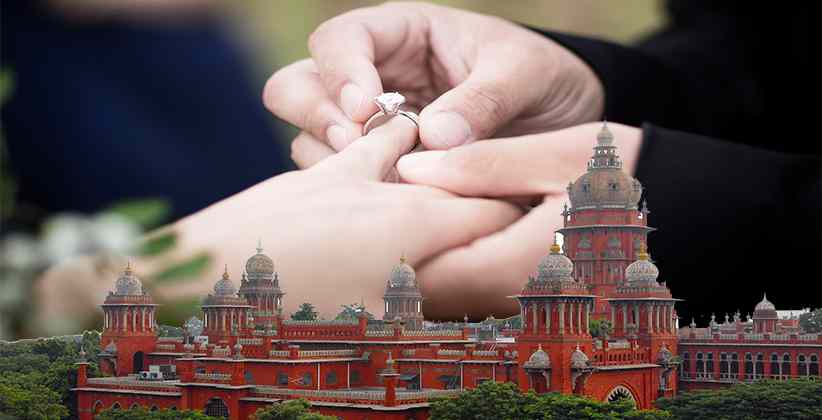 The Madras High Court on January 23, 2020 observed that family pension cannot be denied to second wife of a pensioner, on the ground of invalid marriage, particularly when there has been cohabitation between the two for a long period of time. The bench comprising of Justice Anand Venkatesh made the observation while directing the state government to extend the family pension benefit to the petitioner, who was the second wife of a government doctor.

The case relates to a petition filed by C Sarojini Devi. She married her husband A Chinnasamy who was working with the Morappur Panchayat Union in Dharmapuri district.

Chinnasamy had married Sarojini Devi in 1975, while he was still married to his first wife Pancholai. He had three children with his former wife who died in 1997 due to ill health. After her death, the husband nominated his second wife to receive his pension, in 1999. He died in 2009. When Devi applied for pension, her application was brushed off citing the reason that her marriage to Chinnasamy was invalid.

After hearing the matter, Justice N Anand Venkatesh said there will be no difficulty in concluding that the marriage between Devi and Chinnasamy was ‘illegal and not recognised by law’.

“It is very easy to brand the petitioner as a concubine and deprive her of her livelihood. However, the fact remains that the petitioner had lived with the deceased for nearly 34 years. The petitioner also gave birth to three children. If the petitioner had made this claim when the first wife was alive, then obviously the petitioner will not be entitled for family pension, since her relationship was not recognized by law,” Justice Venkatesh had said.

“In this view, the court has to lean towards the presumption of marriage, rather than branding the petitioner as a concubine,” the judge said. The audit body has been asked to grant Devi pension, including arrears, and grant the sum within 12 weeks.

Justice Venkatesh pointed out that the rule had been already applied by the Hon’ble Supreme Court in Dhannulal & Ors. v. Ganesh Ram & Ors.,(2015) 12 SCC 301. In the judgment delivered by Justice M. Yusuf Eqbal, he opined, “It is well settled that the law presumes in favour of marriage and against concubinage, when a man and woman have cohabited continuously for a long time. However, the presumption can be rebutted by leading unimpeachable evidence. A heavy burden lies on a party, who seeks to deprive the relationship of legal origin.”