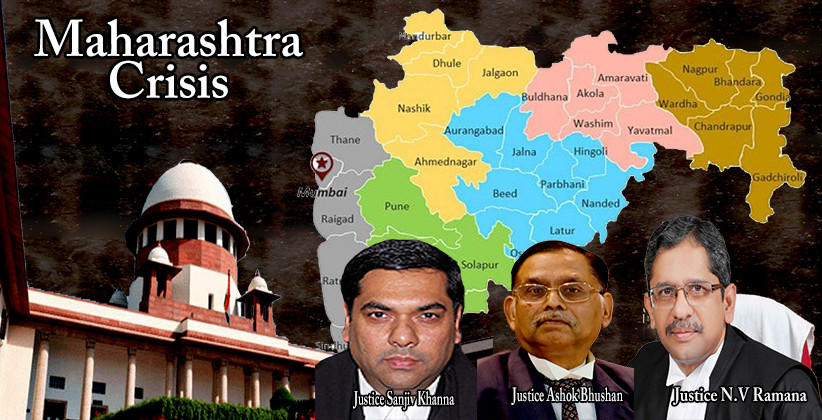 The Supreme Court today (November 26, 2019) ordered that the Maharashtra floor test be held by 5 pm tomorrow through open ballot and will be telecast live.

A three-judge Bench comprising of Justices N.V Ramana, Ashok Bhushan and Sanjiv Khanna passed the order on a petition filed by Shiv Sena, Nationalist Congress Party (NCP) and Congress against the decision of Maharashtra Governor to invite Devendra Fadnavis to form the government.

The Bench ruled that the floor test will be conducted by the protem speaker after the members take oath by 5pm tomorrow.

The ruling came after the apex court on November 25, 2019, said that it would pass an order today on the question of holding a floor test in the Maharashtra Legislative Assembly.

Before the court, the parties agreed that a floor test was imperative to determine majority but differed on when it should be held.

Senior Congress leader Prithviraj Chavan also expressed his satisfaction over the Supreme Court’s ruling. “Sena, Congress, NCP are satisfied with the Supreme Court order of a floor test in the Maharashtra assembly…The Constitution has been respected on Constitution Day,” the Congress leader said adding that “We are confident that we have majority in the Maharashtra Assembly. The reality of BJP’s claim will be exposed tomorrow.”