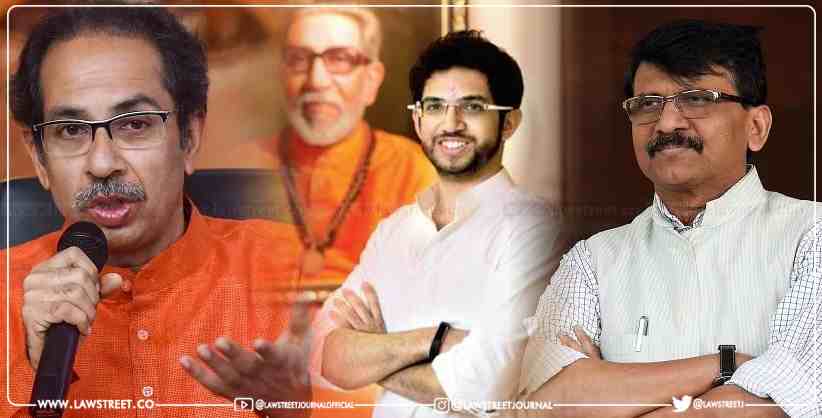 Hemant Patil, a social activist, who filed the petition, also sought a court order restraining the Thackerays and Raut from holding news conferences, tours, or travel to different locations in Maharashtra in relation to the revolt of the Eknath Shinde faction's MLAs.

According to Patil, the dissident MLAs left the state during the political crisis merely to protect their lives after getting threats from the Thackeray and Raut clans.

When the Shiv Sena Legislature Party cadre started organising protests against the rebelling MLAs in different Maharashtra districts, the power struggle allegedly got worse with time, according to Patil. He said that all of this was instilling fear in the minds of the people, who were already anticipating riots and other forms of violence in the state.

The petition stated that,

"In most of the protests organized at the influence and instigation of respondents (Thackeray and Raut) in various district of State of Maharashtra antisocial elements have damaged public property in the State in front of police personals and there is situation of breach of law and order in the State for which the respondents are only responsible for the same."

Patil added that there has been a breach of peace in Maharashtra as evidenced by the Central government's providing Y+ protection to the rebel MLAs.

Through Advocate RN Kachave, Patil filed the PIL, which was abeyance by the Supreme Court, that the Director General of Police of Maharashtra conduct an investigation and file FIRs against the Thackeray duo and Raut for public nuisance (Sections 268 & 290 of IPC, 1860) and sedition (Section 124A of IPC).