Home Judiciary Maintain Confidentiality of Details of Sex Workers "Nobody expects to be in the public and take the risk of being grinded": Supreme Court to States
Judiciary 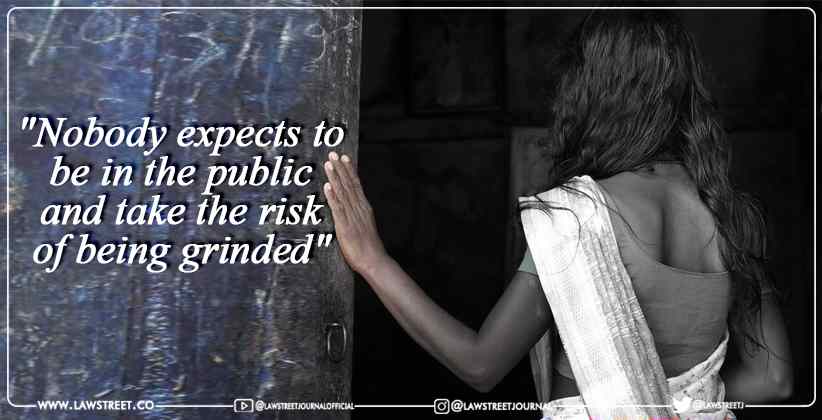 Directions were given to the States, by the Supreme Court on 31st March’2022, in order to maintain confidentiality of the personal details submitted by the sex workers for claiming the benefits of Ration and Voter ID. The Supreme Court issued these directions in pursuance to its recent order in the said regard.

The Bench of Justice L Nageswara Rao and Justice BR Gavai asked the counsels appearing for the State to pass necessary instructions to the authorities in order to enable the confidentiality as directed.

"Nobody expects to be in the public and take the risk of being grinded," the bench said.

The Bench opined that this was a necessary step as otherwise, the sex workers will not be able to claim the benefits.

The directions came as a result of comprehending a long pending petition pertaining to the rights of the Sex Workers. The Supreme Court condemned the fact that even after 12 years of pendency of the matter the Central Government has been unable to carve out any proper legislation over this issue in the interest of the Community.

Earlier on 14th December 2021, The Apex Court had directed the States/ Union Territories to issue identity cards and distribute dry rations to sex workers, from the list maintained by the National Aids Control Organisation (NACO).  The authorities were permitted to take assistance from State AIDS control societies as well.

In the hearing that took place today, the Supreme Court bench was informed how in Maharashtra these cards carry a SW (Sex Worker) mark that too with a red stamp. The Supreme Court thus felt the need to immediately pass new directions in the said regard.

Few suggestions poured in regarding this, One Counsel opined that assistance be taken from The National Aids Control Organization. Details of the officer in charge responsible for taking in applications (for claiming the benefits for the sex workers are to be made), shall be published. “The application should be made available on the website and confidentiality should be maintained”, he added.

The bench, in return, asked the counsels to submit their suggestions and hinted that the directions will be passed in the interest of the community on the next date of hearing.  In addition to this, the counsel appearing for the authority submitted, there is an increase in the number of identified workers.  He alleged that the voter ID cards were issued for 50,000 and they may apply for ration cards.

The matter got adjourned for 2 weeks allowing the counsels to file an affidavit.  The bench noted that the arguments will be heard on the next date of hearing prior to the pronouncement of the order. The matter pertains to a jail petition filed by Budhadev Karamskar that dates back to twelve long years i.e. 2010.