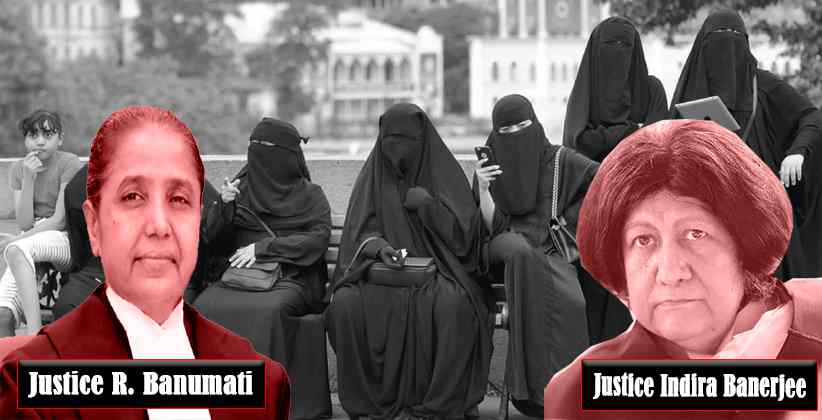 In a judgment passed on Thursday, 18th June 2020, the division bench of Justice R Banumati and Justice Indira Banerjee disagreed on whether family courts had the jurisdiction to entertain pleas for maintenance by Muslim women. Following this split verdict, a larger bench will hear on whether family courts have jurisdiction to hear applications of maintenance under Section 3 of the Muslim Women (Protection of Rights on Divorce) Act of 1986.

While Justice Banumathi held that this jurisdiction was inadequate for family courts, Justice Banerjee took an opposing opinion. The matter was eventually submitted to a larger Bench for judgment and will be referred to the Chief Justice of India, who will then refer it to the appropriate Bench.

The split verdict came in a plea challenging the decision of the High Court of Rajasthan to set aside the order passed by the family court. The family court has converted the maintenance petition under Section 125 of the Code of Criminal Procedure (CrPC) into an appeal under Section 3 of the 1986 Act. While considering the matter, Justice Banumathi held that the family courts had no jurisdiction to hear a maintenance plea under the 1986 Act and that the same could only be brought before the Judicial Magistrate (First Class).

Justice Banerjee said, “Parliament enacted the Family Courts Act to provide for the establishment of Family Courts with a view to promote conciliation in and secure speedy settlement of disputes relating to marriage and family affairs, and matters connected therewith.”

Justice Banerjee argued that the intention behind the 1986 Act was not to deprive divorced Muslim women of the benefit of procedures under the Family Courts Act or bar the Family Courts of jurisdiction over maintenance matters relating to Muslim women. She further stated, “A literal and rigid interpretation of the expression ‘Subordinate Civil Court’ to single out divorced Muslim Women seeking maintenance from their husbands, access to Family Courts when all other women whether divorced or not and even Muslim Women not divorced can approach Family Courts would be violative of Article 14 of the Constitution.” Justice Banerjee, therefore, took the view that was opposed to that of Justice Bhanumathi as well as the High Court of Rajasthan.