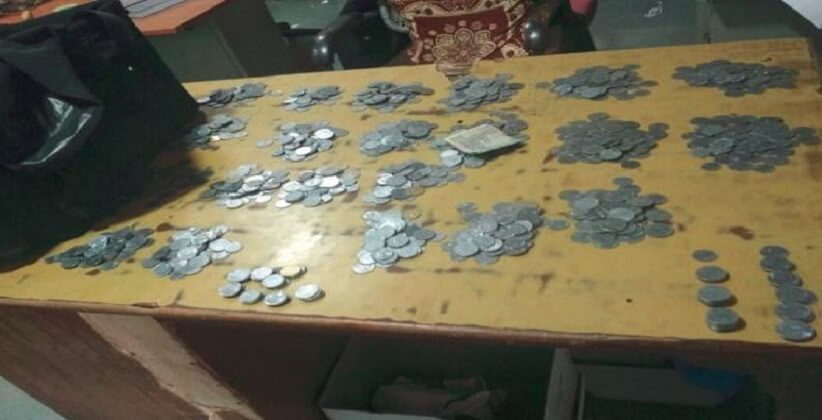 An advocate of Punjab and Haryana High Court paid an alimony of Rs 24,600 to his ex-wife in coins compelling the additional district and sessions court in Chandigarh to adjourn the matter till Friday, July 27th, 2018 due to the insufficiency of time to count the coins.

The parties had filed for divorce in 2015. The court then directed the husband to give Rs. 25,000 per month for the maintenance to her. But when he failed she moved to high court. The husband was then directed to pay Rs. 50,000 because he didn't pay her for the last two months.

During the trial in the court of additional district and sessions judge Rajnish K Sharma, the woman broke down and lashed out at her lawyer husband after he handed her Re.1 and Rs 2 coins.

She claimed that he was making a mockery of the court by bringing coins worth Rs 25,000. “This is a new way to torture and harass me,” and “What will I do with this money? No bank will accept this.”

During the hearing, the husband justified his move by saying that “It’s nowhere written that the money has to be given in denomination of Rs.100 or Rs.500 or Rs.2,000 notes. I have given three juniors to count the money too.” However, he gave the rest of Rs.400 in the form of Rs.100 notes.