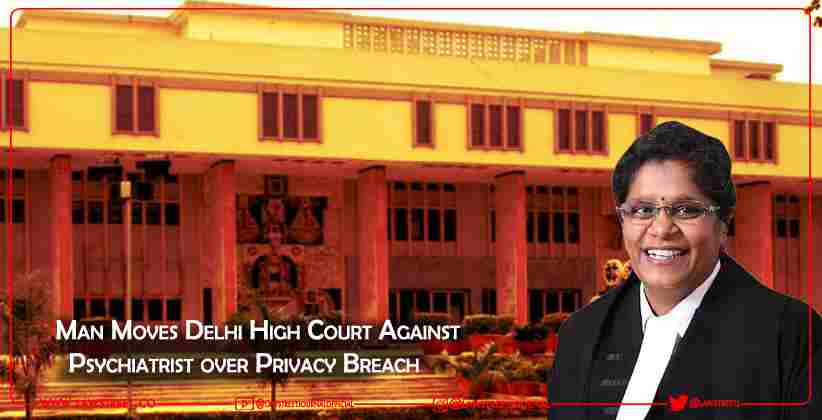 Judiciary Apr 13, 2021 Athira Nair ( Editor: Ekta Joshi ) 10 Shares
10 Shares
On Friday (April 9, 2021), the Delhi High Court sought working status of mental health boards in the city after a man said there is no authority to consider his complaint against a psychiatrist, who told his mother about his homosexuality in breach of his privacy and confidentiality.

Justice Prathiba M Singh asked the State Mental Health Authority (SMHA), represented by advocate Tushar Sannu, to file status reports on the current functioning of the Mental Health Review Board. (MHRB), SMHA and its members, due to the plea of a 19-year-old man who was taking treatment from a psychiatrist after being diagnosed with Obsessive Compulsive Disorder (OCD) in 2016.

The plaintiff, who is a student of BA Psychology (Hons) in Delhi University, was undergoing through treatment from a doctor at a private hospital from 15th June, 2019, and alleged the latter has violated and compromised his privacy.

“The process of coming out, that is informing others about one’s sexual orientation and identity, or both, which may include one’s family, friends and other close friends, is a deeply personal experience with profound implications on an individual’s life and safety. A person’s sexual orientation and gender identity is an intimate aspect and to discuss this, lies entirely with that person alone…” the plea read.

While the Delhi government represented by advocate, Devesh Singh, sought time to seek instructions, Sannu appearing for the SMHA, disputed the submissions of the petitioner. He said that both authorities are working even though there is a temporary arrangement in place. Following this, the court asked him to file status reports and posted the matter for hearing on July 22, 2021.