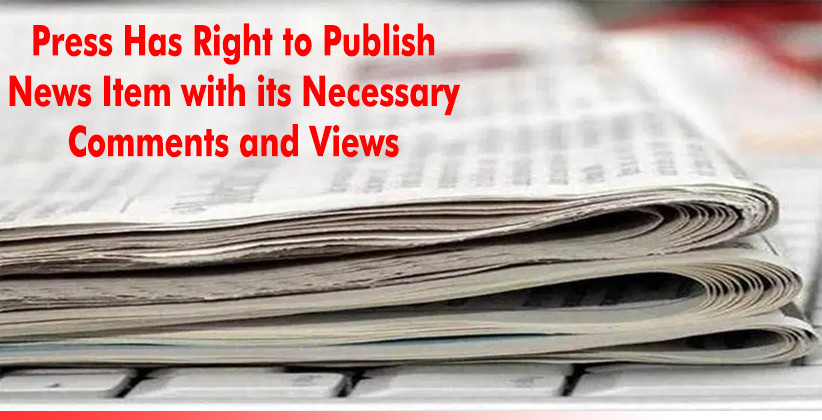 The Kerala High Court has emphasized the right of the press to publish all news items along with its commentary unless done with malafide intention while quashing defamation proceedings against leading news daily Malayala Manorama.

“It is the duty of the fourth estate to publish all news materials, especially having public importance and it is their further duty to comment on the news material with its pros and cons so as to enlighten the society to remain vigil on the matters of public importance,” a bench of Justice P. Somarajan said on Friday during the hearing.

Kerala HC was hearing a petition demanding the quashing of a defamation suit filed against Malayala Manorama by one R. Chandrasekharan and three others in 2016.

The defamation suit filed against the managing editor, the chief editor, and the printer and publisher of Malayala Manorama by one R. Chandrasekharan and three others in 2016 for a story based on a vigilance report.

According to the complainants, the news report had referred to them as accused persons even before the crime was registered.

The court, however, stated that the contents of the news item were the true version of the inquiry report and that the crime was subsequently registered against the complainants.