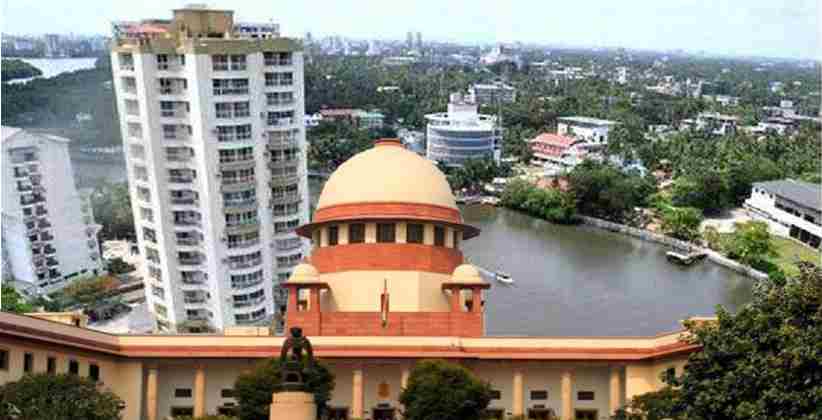 In the Maradu Flats row, the Supreme Court today (January 13, 2020) has taken the compliance report filed by the State of Kerala on record. However, it has refused to pass any order until the site is cleared of all debris from demolition of the buildings.

Earlier, the Kerala government had demolished two out of four illegal apartment complexes in Maradu area as directed by the Supreme Court last year, on Saturday (Jan 11,2019). The exercise was a part of its two-day demolition drive in this regard, which was concluded yesterday when the remaining two complexes were razed.

The four buildings which were marked for demolition were H20 Holy Faith, Alfa Sarene, Jain Coral Cove and Golden Kayaloram.

These four structures were found to be in violation of the state’s Coastal Regulation Zone (CRZ) norms last year by the Supreme Court, which after finding so, directed the state government to raze them. The buildings were demolished using explosives in what was a controlled implosion.

Section 144 of CrPC was also imposed in Kochi in the evacuation zone around the four illegal waterfront apartment complexes in Maradu region of Kochi by the Ernakulam District Magistrate on 11th January, 2020.

The exercise is one of the largest demolition drives to take place in the country involving residential complexes. During the drive, large gatherings were banned till 4 PM in the area and all traffic - air, land and water-borne, had been prohibited in the evacuation zone.

Last year, the Supreme Court had directed the Kerala government to pay a compensation of Rs. 25 lakhs to each and every family that lost its home, prompting the government to sanction an amount of Rs. 1 crore for the rehabilitation of the affected families.

The families had initially protested against the Apex Court’s order saying that they should not be made to suffer for their builders’ mistakes but were eventually convinced by the government to move out of their flats.