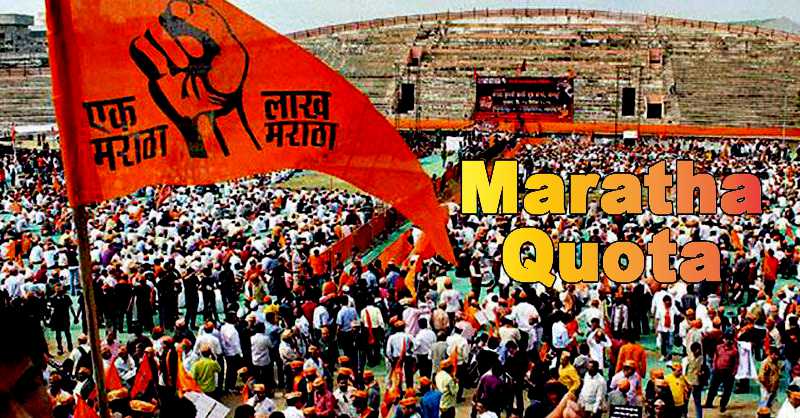 A Three-Judge Bench of the Supreme Court, referring to the Maratha quota issue, held that the 30% population in Maharashtra cannot be compared to marginalized sections of the society living in far-flung and remote areas. On Wednesday (September 9, 2020), Justices L Nageswara Rao, Hemant Gupta, and S Ravindra Bhat referring to the issue of Maharashtra state reservation for socially and educationally backward classes act said that the state has failed to make out a special case for providing reservation excess of 50%.

According to the bench, “The social, educational and economic backwardness of a community, the existence of quantifiable data relating to the inadequacy of representation of the community in public services and deprivation of the benefits flowing from reservations to the community are not exceptional circumstances for providing reservations in excess of 50%.”

The Supreme Court said that is the prima facie of the opinion that the Bombay High Court failed and committed an error in treating the mentioned factors as circumstances which are extraordinary, warranting relaxation of the strict rule of 50%.

The bench further added that “Admittedly, reservation is provided to the Maratha community were implemented in educational institutions for one academic year only. Implementation of the act for admissions in educational institutions and appointments to public posts during the pendency of these appeals will cause irreparable loss to the candidates belonging to the open category.”

The bench observed that keeping the Maratha reservation in jobs and education, it will be difficult to cancel the admissions made in the educational institutions and appointments made to the public posts by implementing the reservations as per the act. However, the apex court said that the admissions made to postgraduate medical courses shall not be altered.

Maharashtra earlier had passed a law that allowed a 16% quota in educational institutions and government jobs but when the law was challenged, the Bombay High Court defended the constitutional validity of the law of the state. But the court has somehow cut down a certain degree of quota and said it was not justifiable.

On July 27, the Maharashtra government assured the Supreme Court that it will not proceed with the recruitment process to fill up the vacancies on the basis of 12% Maratha reservation till September 15, but just except for the Department of Public health and medical education and research. On Wednesday, Supreme Court put an interim stay order on reservation for the Maratha community in government jobs and educational institutions for undergraduate courses in Maharashtra.

Punishment Of Discharge From Service Is Not Disproportionate To ‘Corrupt’ Employee: SC [READ ORDER]