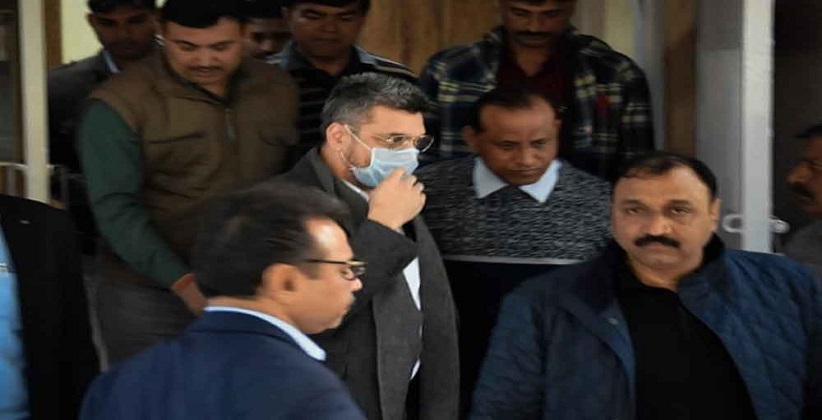 The infamous 50 year old wanted bookie Sanjeev Chawla was placed under 12-day custody on Thursday, 13th February 2020 by the Patiala High Court after returning to India on Thursday. He has been extradited from UK. Chawla is infamous for the scandal of Match Fixing in 2000 which included big players such as late South African Skipper Hansie Cronje. As per the reports and evidences, Chawla had been in touch with Hansie during the betting scandal in early months of 2000 which shocked the whole sports industry.

The Patiala House Court ordered 12-day custody for the 'kingpin' bookie, Sanjeev Chawla. The Court has allowed regular medical check-ups for the accused and has also granted permission for his family and lawyers to meet and consult him. Chawla is reported that he would be taken to different places and will be confronted with people who were involved in whole fixing processes which led to this scandal.

According to the submitted documents to the court related to the case, he is described as a businessman having roots in Delhi but later on moved to the UK on a business visa in 1996 when he was based back then and also made frequent visits to India. After the revoking of his Indian Passport in 2000, he obtained a UK Passport in 2005 and hence became a British Citizen.

He is alleged to have a master role in regards to fix a South African tour to India in February-March in 2000 while conspiring with Hansie Cronje, the late South African Cricket Team Captain.

To establish a precedent, the previous extradition of Samirbhai Vinubhai Patel, who is wanted in connection with the Godhra riots in Gujarat, from UK to India in October 2016, was not contested at all and therefore did not have to go through different levels and stages of the UK’s legal framework. While Chawla took his appeal of him being against extradited to India right up to the European Court of Human Rights (ECHR), which rejected his application for an interim measure last week and guided his way in order to put him on a flight right to India. He lost his last hope in the High Court appeal on human rights grounds against former UK Home Secretary Sajid Javid's extradition order at a hearing in the Royal Courts of Justice in London last month, with a court order dated January 23 setting a 28-day deadline for him to be extradited to India. The verdict in fugitive Vijay Mallya's appeal against his extradition is also likely to be pronounced on Thursday.

This marked the first high-profile extradition of its kind under the India-UK Extradition Treaty, signed in 1992.

He had moved the Strasbourg, France, based ECHR on finding grounds in the European Convention on Human Rights, to which the UK is a signatory and relied on Article 3, that prohibits inhuman or degrading treatment.

The EHCR had then sought additional information and consultation from the British High Commission based in New Delhi regarding Chawla’s rights as a British Citizen should be upheld, including regular consular access.

The Secretary of State had signed the order for the extradition of Sanjeev Chawla to India. Recently, at an appeal hearing on January 16, a High Court panel of 2 members said they accepted the assurances provided by Government of India that the accused will be accommodated in a cell to be occupied exclusively by him, ensuring proper safety, security and I'm compliance with the personal space and hygiene requirements that the is expected by the courts.

India had also made further guarantees on medical facilities and protection from intra-prisoner violence in Delhi's Tihar Jail, where he is to be held ahead of his trial.

“Nothing suggests that there is any real risk of injustice, nor are the circumstances exceptional. Indeed, the material does not even demonstrate reasonably arguable grounds for contending that there would be a real risk of ill-treatment contrary to Article 3 ECHR,” Justices David Bean and Clive Lewis said in their judgment which was handed down last month.