Home Judiciary There Is No Medical Evidence on Record to Show That Accused is a Drug Addict: Delhi HC in NDPS case
Judiciary 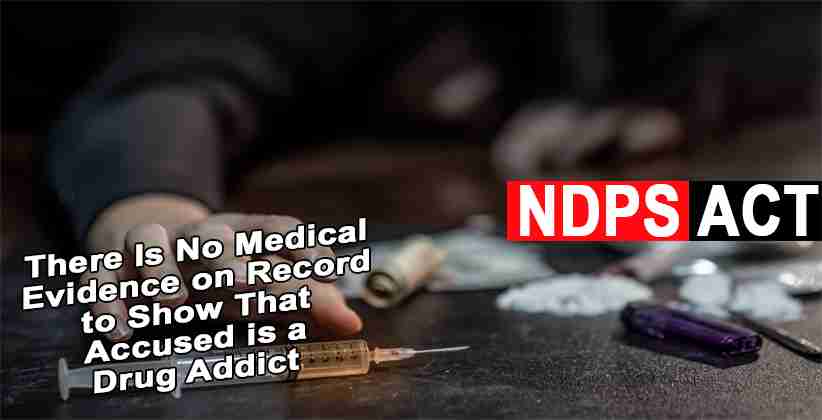 The Narcotics Control Bureau had arrested a person for allegedly smuggling and dealing with the commercial quantity of Charas. The accused had been booked under sections 20 and 29 of the Narcotic Drugs and Psychotropic Substances (NDPS)Act, 1985. However, the accused has filed a petition for bail at the Delhi High Court.

A single bench headed by Justice VibhuBakhru observed that there are reasonable grounds that prove the petitioner being innocent and can be acquitted of all the charges henceforth. The NCB strictly opposes the bail application relying upon the voluntary statement made by the accused under section 67 of the NDPS act, 1985. The agency further noted that there are some recoveries that were made in the pursuance of the statement made by the accused.

However, the court observed the facts stated by the NCB and concluded that the statements made the accused under section 67 of the act can be accepted as admissible but can be treated as a weak form of evidence. The Court further clarified that the observations made are solely for the purpose of granting bail to the accused and not to entertain any other aspects. The court granted the bail application of the accused stating that the prosecution had failed to provide adequate evidence of the charge made by such against the accused.

The Court mentioned in his order: -

All the Interim Orders and the Period Of Closure Under Section 4 of Limitation Act, 1963 Extended till November 29, 2020: Karnataka High Court