Mere Delay In Sending FIR To Magistrate Will Not Affect The Trial Says SC. 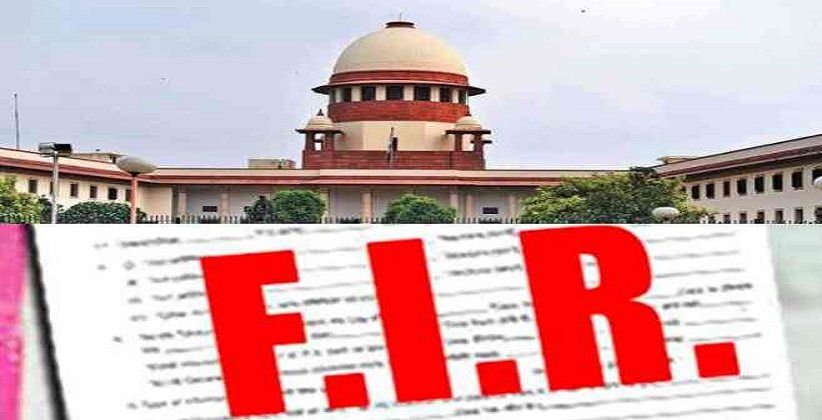 The Supreme Court in a recent order stated that mere delay in sending the report under Section 157 of the Code of Criminal Procedure, 1973, to the Magistrate itself, cannot affect the trial and the accused is not entitled to be acquitted solely on this ground.

The bench comprising of Justice Ashok Bhushan and Justice Vineet Saran in the case of Jafel Biswas v. State of West Bengal was hearing an appeal pertaining to a concurrent conviction in a murder case, in which the Calcutta High Court had affirmed the conviction of six accused.

The Bench relying on past precedents said that “the obligation is on the I.O. (investigating officer) to communicate the report to the Magistrate. The obligation cast on the I.O. is an obligation of a public duty. But it has been held by this Court that in the event the report is submitted with delay or due to any lapse, the trial shall not be affected. The delay in submitting the report is always taken as a ground to challenge the veracity of the F.I.R and the day and time of the lodging of the F.I.R.”

“In cases where the date and time of the lodging of the F.I.R. is questioned, the report becomes more relevant. But mere delay in sending the report itself cannot lead to a conclusion that the trial is vitiated or the accused is entitled to be acquitted on this ground,” the Bench added.

The Bench agreed with the Calcutta High Court on the point that it has rightly noted the submission and opined that to find out whether the F.I.R. is genuine or not, and whether the trial court has rightly convicted the accused or not, the entire evidence has to be looked into.

With the abovementioned observation, the Bench dismissed the appeal and ordered that the appellants be immediately taken into custody by cancelling their bail bonds.