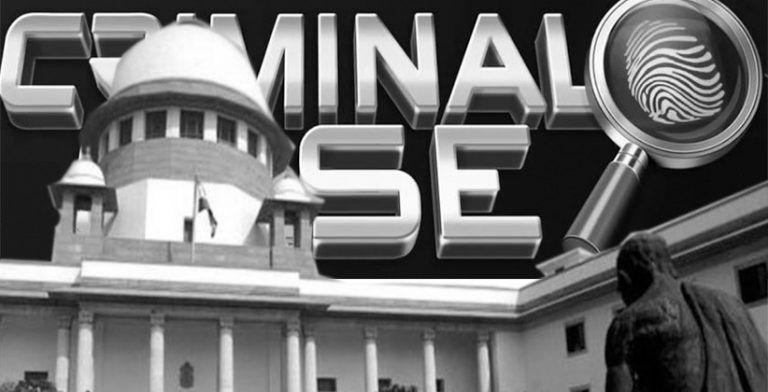 The Supreme Court on April 15, 2019, in the case of Md. Allauddin Khan v. The State of Bihar & Ors., has observed that mere pendency of a civil suit between complainant and accused is not a ground to quash the criminal case.

The Bench comprising of Justice Abhay Manohar Sapre and Justice Dinesh Maheshwari was hearing an appeal filed against the judgment passed by the Patna High Court wherein the High Court had quashed the criminal proceedings against two accused who were summoned by the Magistrate in a complaint alleging offence under Sections 323, 379 read with Section 34 of the Indian Penal Code, 1860.

The Patna High Court had quashed the criminal proceedings on the ground that since there was a dispute pending between the parties in the Civil Court in relation to a shop as being landlord and tenant, it is essentially a civil dispute between the parties.

However, the Supreme Court Bench termed the High Court’s view as ‘erroneous’ and observed that "The High Court failed to see that mere pendency of a civil suit is not an answer to the question as to whether a case under Sections 323, 379 read with Section 34 IPC is made out against respondent Nos. 2 and 3 or not. The High Court should have seen that when a specific grievance of the appellant in his complaint was that respondent Nos. 2 and 3 have committed the offences punishable under Sections 323, 379 read with Section 34 IPC, then the question to be examined is as to whether there are allegations of commission of these two offences in the complaint or not. In other words, in order to see whether any prima facie case against the accused for taking its cognizance is made out or not, the Court is only required to see the allegations made in the complaint. In the absence of any finding recorded by the High Court on this material question, the impugned order is legally unsustainable."

Another reason for quashing the proceedings given by the High Court was that there are contradictions in the statements of the witnesses on the point of occurrence. In this regard, the Bench said that "The High Court had no jurisdiction to appreciate the evidence of the proceedings under Section 482 of the Code Of Criminal Procedure, 1973 (for short "Cr.P.C.") because whether there are contradictions or/and inconsistencies in the statements of the witnesses is essentially an issue relating to appreciation of evidence and the same can be gone into by the Judicial Magistrate during trial when the entire evidence is adduced by the parties. That stage is yet to come in this case."

Thus, due to these two errors, the apex court allowed the appeal and set aside the judgment passed by the Patna High Court.

Taiwan Parliament Passes Same-Sex Marriage Bill, Becoming First In Asia To Do So