Home Judiciary Merely Because Workers Were Permitted To Do Work Off Site, It Would Not Take Away Their Status As 'Employees' Says SC [Read Judgment]
Judiciary 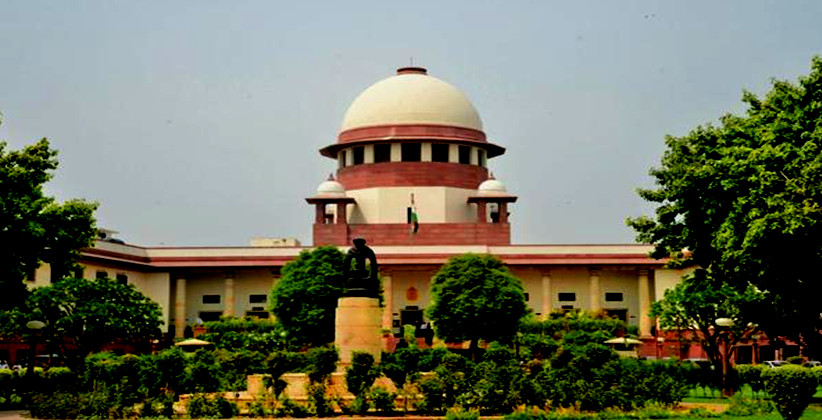 The Supreme Court on July 24, 2019, in the case of The Officer In­Charge, Sub­Regional Provident Fund Office & Anr. v. M/s Godavari Garments Limited has observed that merely because workers were permitted to do the work off site, it would not take away their status as employees for the purpose of Employees' Provident Fund and Miscellaneous Provisions Act, 1952.

The observation was made by a Bench comprising of Justice Abhay Manohar Sapre and Justice Indu Malhotra on a civil appeal filed against the order passed by the Bombay High Court.

In this case, the Respondent Company engaged women workers who were provided with cut fabric, thread, buttons, etc. to be made into garments at their own homes. The sewing machines used by the women workers were owned by them, and not provided by the Company. The Provident Fund Officer held that the women workers engaged for stitching garments were covered by the definition of "employee" under Section 2(f) of the EPF Act. However, the Bombay High Court set aside this order observing that the Company had no direct or indirect control over the women workers.

Thus the issue in the present appeal was whether the women workers employed by the Company are covered by the definition of "employee" under Section 2(f) of the EPF Act or not.

The Bench noted that the definition of "employee" under Section 2(f) of the EPF Act is an inclusive definition, and is widely worded to include any person engaged either directly or indirectly in connection with the work of an establishment. The court also reiterated that EPF Act is a beneficial social welfare legislation which was enacted by the Legislature for the benefit of the workmen. Merely because the women workers were permitted to do the work off site, would not take away their status as employees, the Bench said.

While setting aside the High Court judgment, the Bench also distinguished the judgment in C.E.S.C. Limited v. Subhash Chandra Bose and observed: "The decision in C.E.S.C. Limited (supra) however, is not applicable to the facts of the present case. In that case, this Court interpreted the meaning of the term "supervision" as used in the definition of "employee" Section 2(9) of the Employees' State Insurance Act, 1948. However, the term "supervision" is nowhere used in the definition of "employee" under Section 2(f) of the EPF Act. The decision in P.M. Patel (supra) could not be used to interpret the word "supervision" under the Employees' State Insurance Act, 1948 because the said word has not been used in Section 2(f) of the EPF Act."