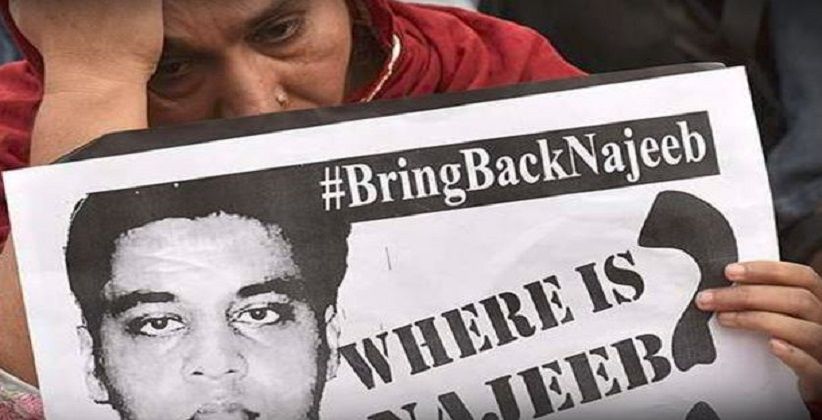 The Delhi High Court on October 8, 2018, allowed the Central Bureau of Investigation (CBI) to file a closure report in the case related to JNU student Najeeb Ahmed, who had gone missing from the campus on October 15, 2016.

In the last hearing, the agency had told the Delhi High Court that it wanted to file a closure report stating that it has not been able to trace Ahmed.

A Bench comprising of Justices S. Muralidhar and Vinod Goel allowing CBI’s plea said that Ahmed’s mother can raise her grievances before the trial court where the report is filed.

Najeeb Ahmed had gone missing a day after a scuffle with some students allegedly affiliated to the Akhil Bharatiya Vidyarthi Parishad (ABVP).

The Delhi High Court had transferred the case to the CBI after Delhi police failed to trace Ahmed even after seven months after he went missing.

The CBI had submitted that it has probed all the angles and that its investigation in the case was complete.

Opposing the submission, Ahmed’s mother had said that the CBI has not probed the matter ‘in a fair manner’. Moreover, the counsel appearing for Ahmed’s mother contended that it was a “political case” and that the “CBI has succumbed to the pressure of its masters.”