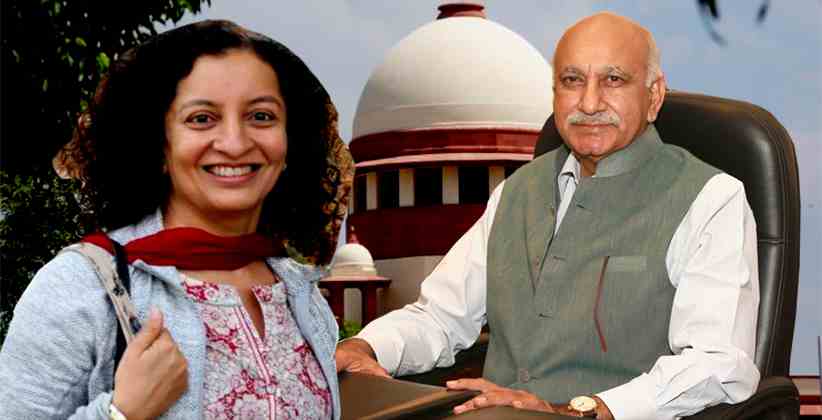 Hearing in MJ Akbar's criminal defamation case against Priya Ramani has been adjourned till January 24 by Rouse Avenue Court of Delhi. The case was listed for final hearing today (January 16, 2020).

MJ AKbar was named by various journalists and emminent personalities for sexually harrassing them after the uproar that was caused in USA that took shape of the #metoo movement. MJ Akbar was dubbed as Indian Harvey Weinstein. The allegations lead to the resignation of the Minister of External Affairs from his post.

Former Mint Lounge editor and journalist Priya Ramani, wrote in her article for Vogue India in October 2017, “You are an expert on obscene phone calls, texts, inappropriate compliments and not taking no for an answer. You know how to pinch, pat, rub, grab and assault. Speaking up against you still carries a heavy price that many young women cannot afford to pay. Sometimes you are inconvenienced when the stories get out and you are asked to take a timeout. Often, you are quickly reinstated. Why would you need to evolve, right?” Priya Ramani was the first to speak against MJ Akbar’s conduct and is now being sued by him for defamation. She shared how he interviewed her in a hotel, offered her a drink (which she refused), asked her to sit next to him on the bed and even sang her romantic Hindi songs.

Last december, during the cross questioning of one of the witness, Advocate Geeta Luthra and her associates representing the former minister, were at various occasions, during the cross examination, seen turning sometimes and laughing among each other, sometimes covering their mouths with books.

The #metoo movement lead to a huge outcry in the country but due to lack of evidence and unwillingness of people to come out and file complaints against their predators, no imperative step could be taken. This tale is proof enough that we have a long way to go until we socially accept all genders as equal, while celebrating their differences.