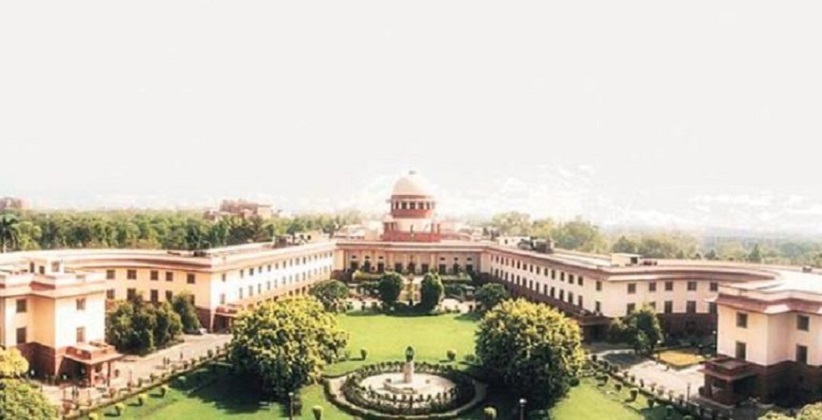 A Monitoring committee, which was assigned by the court to identify and seal unauthorized constructions in Delhi, has claimed in the Supreme Court on Tuesday, June 12th, 2018 that civic bodies have refused to carry out sealing drive on the ground as the amendments in Master Plan of Delhi-2021 were not yet finalized.

Master Plan of Delhi-2021 is the blueprint of the urban planning and expansion of the metropolis which will ensure the overall development and the amendment which were proposed is to bring the uniform floor area ratio for shop-cum-residential plots and complexes.

Floor area ratio (FAR) is the ratio of a building's total floor area (gross floor area) to the size of the piece of land upon which it is built. The terms can also refer to limits imposed on such a ratio through zoning.

This matter was mentioned before a vacation bench of Justice U U Lalit and Justice Deepak Gupta where they said they would hear the issue on June 14th, 2018.

Senior advocate Ranjit Kumar, who is assisting and offering information, expertise to the top court in the sealing matter, mentioned the issue before the bench and referred to the apex court’s May 15 order which said that the monitoring committee would continue with its duties and responsibilities.

He has also submitted the report of monitoring committee which states that since the amendment in the Master Plan of Delhi-2021 were not finalized, they would not allow sealing to go on.

On June 8th, 2018 the monitoring committee have inspected some areas in South Delhi and asked authorities concerned of South Delhi Municipal Corporation (SDMC) to take action against some unauthorized structures, but the authorities have refused to seal them.

As per the report the bench has asked to serve the copy of the report to the council appearing for the Delhi government, the Union of India and SDMC on June 14, 2018.

On May 24, 2018, Court had rejected the Centre's plea looking for modification for its order in which the Delhi development authority was asked to invite suggestions from the public on amending the Master Plan of Delhi-2021.

The top court had on May 15 accepted DDA's action plan in which it had listed out steps which includes the launching of an interactive internet site and a smartphone application to enable the public to register their grievances regarding illegal constructions and given the authority 15 days’ time to make it operational.

The DDA had also proposed to fix responsibility on officials in cases of illegal construction activities in the national capital and violation of the master plan and building bye-laws.

In its five-page motion plan, the DDA had formerly said that it intends to check all ongoing and future unauthorized constructions in the city under the supervision of a special task force which was constituted on April 25 following an apex court order.