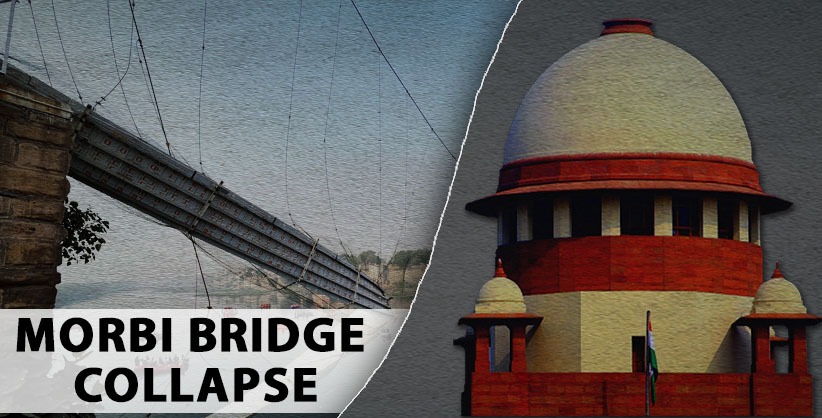 NEW DELHI: Terming the October 30 Morbi Bridge collapse an "enormous tragedy", the Supreme Court on Monday asked the Gujarat High Court to take up the suo motu matter on a periodical basis to ensure all aspects of probe, fixing accountability and adequate damages for the victims are duly addressed.

A bench of Chief Justice D Y Chandrachud and Justice Hima Kohli disposed of a PIL filed by advocate Vishal Tiwari and another plea by Chhavda Dilipbhai who lost his brother in law and sister in law to the incident.

The PIL sought a direction for a probe led by a retired SC judge in the tragedy of October 30, which claimed lives of over 140 people, including 50 children and 35 women.

Police had arrested a number of people over the suspension bridge collapse on Machchhu river in Morbi town, Gujarat.

After hearing senior advocate Gopal Sankaranarayanan on behalf of petitioners and Solicitor General Tushar Mehta, the top court said the High Court was seized of the matter in a suo motu proceedings and can consider all aspects.

The court, however, allowed the petitioners to move with the High Cour with their plea for independent probe.