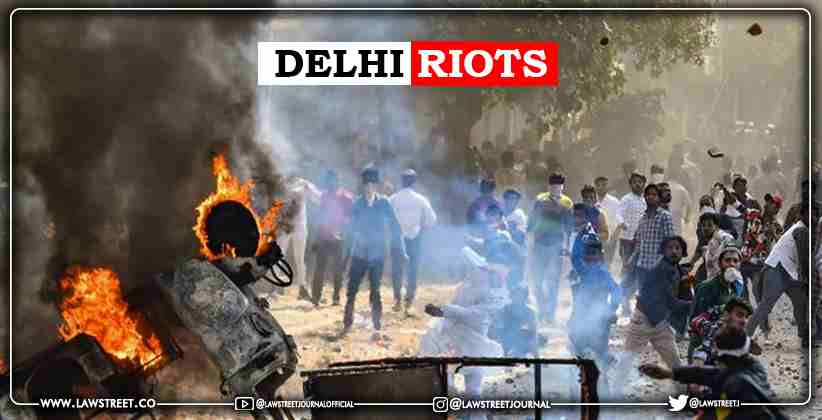 On Thursday, August 05, 2021, the Delhi High Court continued to hear a batch of bail applications in the North-East Delhi riots case.

Appearing for Delhi Police, Additional Solicitor General SV Raju, informed the court that the violence was a result of ‘meticulous planning’ and did not occur in the spur of the moment. He stated that women and children were kept at the forefront of the mob intentionally, so as to disable the police to take any action against stone-pelting.

Justice Subramonium Prasad, while viewing the footage, expressed that most of the accused have been identified in the mob pelting stones which is away from the protest site. He stated, “most of the accused in the instant matter are seen to be on the other side pelting stones and not a part of the protest where women and children were at the forefront. Therefore, when the stone-pelting started, the armed mob had not reached the women and children.”

Replying to the aforesaid statement by Justice Prasad, ASG Raju said that stones were being pelted from both the sides but as the other side was more heavily crowded, the same cannot be made out in the video from the given angle. He then pointed out the footage where a boy in a white shirt is seen pelting stones at the policemen. He added that this did not only create a law-and-order situation but put the security of police officers at risk who were mercilessly attacked by the armed rioters.

Justice Prasad, during the hearing, observed that the accused persons had gone under long detention. The Judge remarked, “16 month-jail is not trivial. They are not hardened criminals. They earn their livelihood through other simple means, some of them are tailors.”

ASG Raju responded to this by saying, “A tailor can be a murderer or terrorist. I am not saying all tailors are guilty. I have not arrested all tailors. You get the sympathy of being a tailor if you behave like a tailor, not like an arsonist. That sympathy vanishes. The sympathy has to be with the family of Ratan Lal, who died discharging his duty. These tailors were conducting secret meetings, putting codewords for lathis and petrol bombs.”

“If you lift their veils, you will see that they are the real anti-nationals,” he further added.

The ASG, earlier in the hearing, had relied on a catena of judgements to lay the yardstick for grant of bail in cases where charges under Section 302 (Murder) read with Section 149 (Unlawful Assembly) are made out.

He emphasized that the gravity of the offense is the primary criteria to look at, which is gathered from the severity of punishment prescribed. “In addition to the tripod test, the gravity of the punishment is to be looked at where punishment is life imprisonment or death sentence,” he added. However, Justice Prasad asked the ASG whether the liberty of all the accused can be curtailed under Article 21 till the completion of the trial.