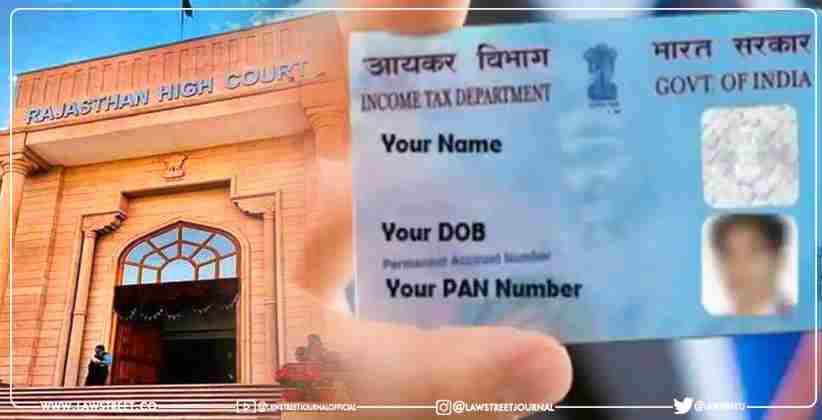 The Rajasthan High Court in Jaipur has recently taken suo moto cognizance of an individual facing difficulties in getting registered his mother's name as his sole legal guardian on PAN and other documents.

Justice Sameer Jain took suo moto cognizance based on a report published in The Hindu on March 8, 2022 titled , Want mother’s name on documents? Get ready for the run-around”.[1] The case was filed with the court on International Women's Day, March 8, 2022, and was assigned to the division bench of the High Court.

The division bench granted both the Union and State governments three weeks to file an affidavit explaining where and in what departments the names of mothers are mentioned and used as a practise on 10.03.2022. The court has appointed Divyesh Maheshwari as an amicus curiae.

"Having heard learned counsel for the parties, we are inclined to grant three weeks’ time to the learned  Advocate General and learned Additional Solicitor General to facilitate filing of specific affidavits in the matter in the spirit of order passed on March 8 , 2022 while taking suo moto cognizance in matter”.

The Hindu Minority and Guardianship Act, 1956 (HMGA) was challenged  for violating the guarantee of equality of sexes under Article 14 of the Constitution  in Ms. Githa Hariharan & Anr vs Reserve Bank Of India & Anr on 17 February, 1999[2], and the Supreme Court held  that the term "after" should not be construed to indicate "after the father's lifetime," but rather "in the absence of the father." However, the decision failed to recognise both parents as equal guardians, instead favouring the father. The HMGA has yet to be modified, despite the fact that the courts are required to respect it under the Law of Precedents.

According to the report, in cases of guardianship of a minor, Indian regulations had  given father  the  prime importance .