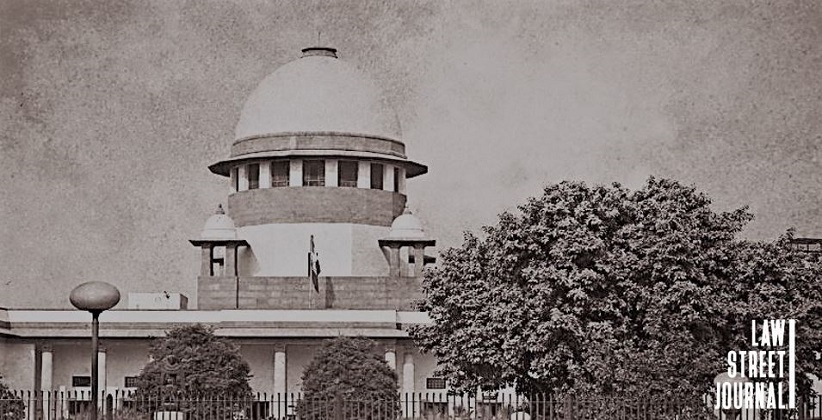 The Supreme Court on November 16, 2018, in the case of Vimla Devi & Ors. v. National Insurance Company Limited & Ors., reiterated that Motor Vehicle Act, 1988, is enacted to give solace to the victims of motor vehicle accident and relieves them from strict compliance of law.

A Bench comprising of Justices A.M. Sapre and Indu Malhotra said that “the Act is a beneficial piece of legislation enacted to give solace to the victims of the motor accident who suffer bodily injury or die untimely.”

“It is designed in a manner, which relieves the victims from ensuring strict compliance provided in law, which are otherwise applicable to the suits and other proceedings,” the Bench added.

The observation came while the apex court overturned the orders passed by the Motor Accident Claims Tribunal (MACT), Chomu (Jaipur) and Rajasthan High Court that dismissed the claims petition filed by the family of a young man who had died in a motor vehicles accident.

Rajendra Prasad, deceased, was travelling on a passenger bus to a place called “Chomu”. The bus met with an accident when an over speeding truck collided with it resulting in the death of Prasad.

Prasad was 25-year-old at the time of his death and was the sole bread-earner of the family which included his wife and two minor children. The family sued the driver and the owner of the truck along with the Insurance Company before MACT to claim compensation from them on account of the loss sustained from the untimely death of Prasad.

In its response the Insurance Company countered the claim saying that the owner of the truck neither intimated it of the claims nor did he submit the driving licence of the offending driver so as to ascertain the genuineness of the claim.

However, the claimants had submitted all the relevant documents including the FIR registered by the State against the truck driver, post-mortem report of the deceased, insurance coverage, among other things.

Moreover, the Insurance Company did not examine any witnesses while the claimants examined three. But, due to the insufficiency of evidence the Tribunal dismissed the petition.

The claimants then appealed before the Rajasthan High Court, Jaipur Bench, where also the appeal got dismissed. Aggrieved by this, the claimants approached the apex court.

The Supreme Court finding the orders to be erroneous set them aside and held that the approach and reasoning adopted by both the Tribunal as well as the Rajasthan High Court were not in accordance with the law.

The court said that the Tribunal can treat an accident report as a claim application under Section 166(4) of the Motor Vehicle Act, 1988, to award compensation on merits.

Further, the court also highlighted that Section 158 of the Motor Vehicle Act, 1988, makes it incumbent upon a person driving a vehicle to produce documents, including driving licence, to a police officer when required. It also obligates a police officer to forward a copy of an FIR in an accident case causing death or bodily injury, to the Claims Tribunal.

Laying down the object of Section 158(6) read with Section 166(4) of the Act the court said that it is “essentially to reduce the period of pendency of claim case and quicken the process of determination of compensation amount by making it mandatory for registration of motor accident claim within one month from the date of receipt of FIR of the accident without the claimants having to file a claim petition.”

The court said that claims petitions filed under the Act are not suits also they are not adversarial litigation.

On the basis of the above observations, the court then delivered its verdict allowing the appeal and holding that the appellants/claimants are entitled to reasonable compensation since the fact of accident and identity of the offenders and their insurer stood established.