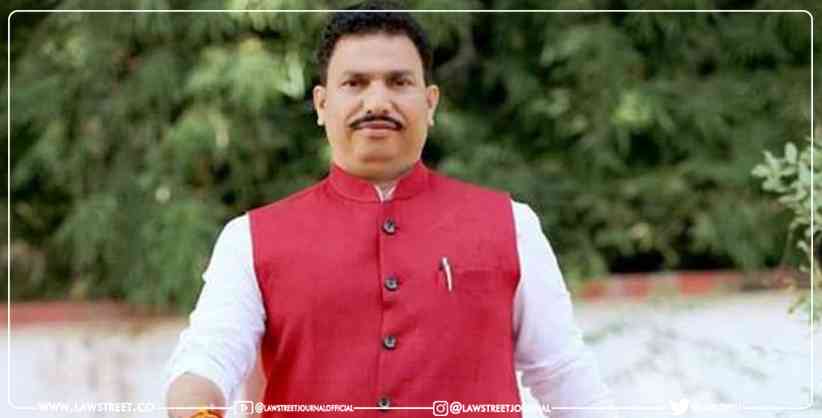 Yet another Public Interest Litigation has been filed before the Supreme Court challenging the Places of Worship (Special Provisions) Act, 1991.

The PIL filed by Former Member of Parliament Chintamani Malviya states that the Places of Worship Act takes away the rights of Hindus, Jains, Buddhists, and Sikhs to restore their 'places of worship and pilgrimages', destroyed by barbaric invaders.

The said PIL has been filed before the Supreme Court through Advocate Rakesh Mishra.

The plea further alleges that the Places of Worship Act blatantly offends the right of Hindus, Jains, Buddhists, and Sikhs to restore, manage, maintain and administer the 'places of worship and pilgrimage' guaranteed under Article 26 of the Indian Constitution.

Additionally, the plea raises the following questions of law:

The Petitioner contends that the Places of Worship Act has been enacted in the garb of ‘Public order’, which is a State subject [Entry-1, List-II]. Likewise, ‘Pilgrimage, other than pilgrimages to places outside India’ is also State subject [Entry-7, List-II]. Therefore, Centre cannot enact the impugned Act. Article 13(2) prohibits the State to make laws to take away the rights conferred under Part-III but the Act takes away the rights of Hindus Jains Buddhist Sikhs to restore their ‘places of worship and pilgrimages’, destroyed by barbaric invaders. It excludes the birthplace of Lord Rama but includes birthplace of Lord Krishna, though both are the incarnation of Lord Vishnu, the Creator and equally worshiped all over the world, hence arbitrary, irrational and offends Articles 14-15. Right to justice, right to judicial remedy, right to dignity are integral part of Article 21 but impugned Act brazenly offends them. Rights to pray, profess, practice and propagate religion of Hindus Jains Buddhists Sikhs, guaranteed under Article 25, have been deliberately and brazenly offended by the Act. The Act blatantly offends the rights of Hindus Jains Buddhists Sikhs to restore, manage, maintain and administer the ‘places of worship and pilgrimage’, guaranteed under Article 26.

Right to restore and preserve script and culture of the Hindus Jains Buddhists Sikhs, guaranteed under Article 29 of has been brazenly offended by the Act. Directives are nevertheless fundamental in the governance of the Country and Article 49 directs the State to protect places of national importance from disfigurement and destruction. State is obligated to respect the ideals and institutions and value and preserve the rich heritage of Indian culture. Only those places can be protected, which were erected or constructed in accordance with personal laws of the person who erected/constructed them, but places erected/constructed in derogation of the personal law, cannot be termed as a ‘place of worship’. The retrospective cutoff-date i.e. 15.8.1947 was fixed to legalize the illegal acts of barbaric invaders and foreign rulers. The Hindu Law was the ‘Law in force’ at the commencement of the Constitution by virtue of the Article 372(1).

Hindus Jains Buddhists Sikhs have right to profess, practice propagate religion as provided in their religious scriptures and Article 13 prohibits from making law which takes away their rights. The status of mosques can be given only to such structures which have been constructed according to tenets of Islam and all the mosques constructed against the provisions contained in Islamic law cannot be termed as mosque. Thus, Muslims cannot assert any right with respect to any piece of land claiming to be mosques unless the same has been constructed according to Islamic law. Moreover, the property vested in the Deity continues to be the Deity’s property irrespective of the fact that any person has taken illegal possession.

S.4(1) violates the concept that ‘Temple property is never lost even if is enjoyed by strangers for hundreds of years; even the king cannot deprive temples of their properties. The Idol/deity which is embodiment of supreme God and is a juristic person, represents the ‘Infinite- the timeless’ cannot be confined by the shackles of time. On the touch stone of the principle of secularism, read with Articles 14-15, it is very clear that State cannot show its hostile attitude towards any religion, may be majority or minority. Thus, the act violates the principle of secularism as it curbs right of Hindus Jains Buddhists Sikhs for restoration of their places of worship destroyed before 15.8.1947 even through Court. The act, without resolution of dispute through process of law, has abated the suit and proceedings, which is unconstitutional and beyond the law-making power of Centre. The provisions cannot be implemented with retrospective effect and the remedy of disputes pending, arisen or arising cannot be barred.

Recently, Lt. Col. Anil Kabotra, retired Army Officer and 1971 War-Veteran, became the 8th petitioner in the Apex Court to file a plea to challenge the constitutional validity of Sections 2, 3, and 4 of the Places of Worship (Special Provisions) Act 1991, which not only offends Articles 14, 15, 21, 25, 26, and 29 but also violates the principles of secularism, which is an integral part of the Preamble and basic structure of the Constitution.

The eight pending pleas against the Places of Worship Act, 1991 are pleaded by the following petitioners:

The Act was first challenged by Adv. Ashwini Upadhyay and notice was issued on the petition in March 2021.