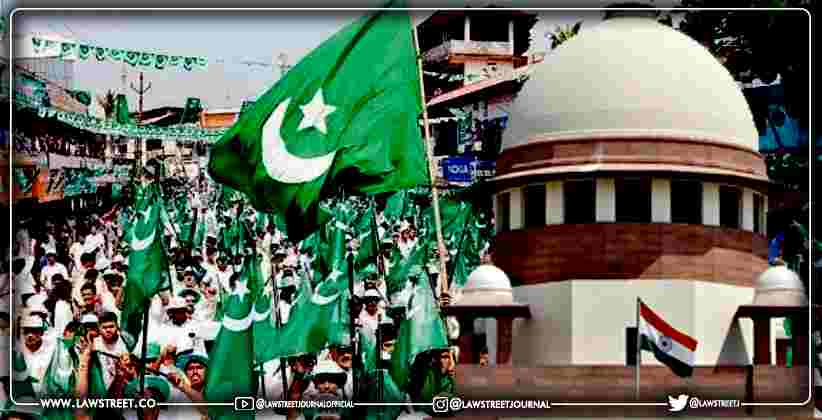 The Indian Muslim League moved Supreme Court of India on June 1st,2021, challenging Centre’s notification allowing minorities from Afghanistan, Bangladesh and Pakistan, who have taken refuge in India, to apply for citizenship.

The Centre, on May 28th, 2021 issued a notification grating permission to minorities residing in India to apply for citizenship and additionally empowered 13 districts with refugee population to initiate the procedure of granting citizenship under the Citizenship Act, 1955.

The Indian Muslim League, in its plea, challenges the Citizenship Amendment Act,2019 and through Advocates Haris Beeran and Pallavi Pratap submitted that “The Respondent Union, in a roundabout way, and in an attempt to circumvent the assurance given to this Hon’ble Court, have sought to implement their mala fide designs envisaged under the Amendment Act through the recently issued order dated 28.5.2021.”

The plea called the order by the Ministry of Home Affairs, Union of India dated 28.05.2021 as manifestly illegal and runs counter to the provision laid down in Section 5(1)(a-g) of the Citizenship Act that lays down in unequivocal terms persons who are eligible for citizenship by registration and Section 6 of the said Act provides for application of citizenship by naturalization to both legal and illegal migrants.

The Muslim League, in its plea stated that in the light of the provisions laid in the Citizenship Act, not permitting the classification of applicants on the grounds of religion, the order of the Central government not only goes beyond what is permitted by the provision, but also does not stand the test of Article 14 in as much as it treats citizenship by registration and naturalization unequally on the grounds of religion.

The plea argued if citizenship is given to the people pursuant to the impugned order, it would be a herculean task to take the citizenship back from these people if the court were to strike down the Amendment Act.

In 2019, the Muslim League emerged as the first party moving the apex court against the Citizenship Amendment Act, even before the Act received the Presidential assent.