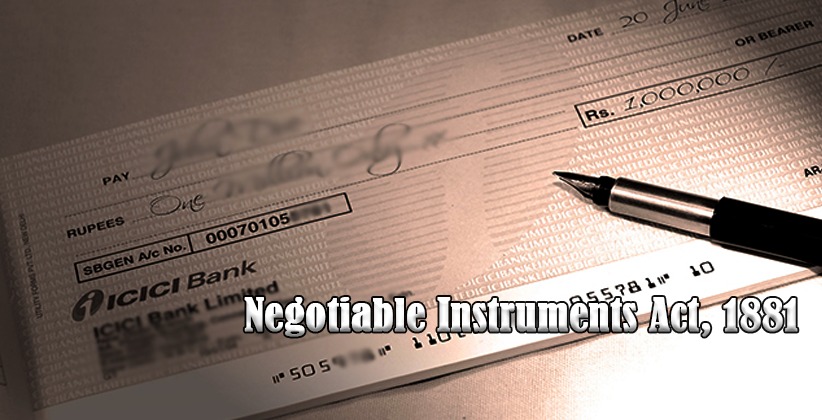 In this case, Devi Dass (Accused), used to work with Narendra Vats (complainant), as a driver. During the period from March 2017 to May 2018, the accused took a total amount of Rs 6, 00,000 as a friendly loan from the complainant as he was in need of money. The accused promised to pay the total loan amount by November 2017. The entire loan was paid in cash. The accused issued a cheque of the total amount after the expiration of the loan period to the complainant. The cheque got dishonoured on the account of the insufficiency of funds twice because of which the complainant filed a case.

A notice of allegations was served upon the accused wherein hi disclosed his plea of defence and moved the application under section 145 (2) of NI Act. The accused denied the allegation of a loan from the complainant but stated that he hired the complainant's vehicle for commercial purpose for 2 months @ Rs 22,000 per month but was not able to use himself for more than a month and thus gave it to another driver Akram for the remaining period. He also stated that Akram being the new person, the complainant demanded some security upon which he issued the impugned cheque in a blank signed condition. He then mentioned that Akram also could not use the vehicle due to his personal reasons and thus the complainant then alleged that he suffered loss and misused the impugned security cheque.

The accused raised some questions during the final arguments that the case of the complainant must fail for the reason that he was not supposed to have such a huge transaction in cash and that he did not disclose the loan amount in his Income Tax Returns nor disclosed his source of income.

The court after taking evidence from both sides said that the NIA raises 2 types of mandatory presumptions one u/s 118(a) and the other u/s 139. The court also took notice of contradictory statements given by accused at different stages and said that ‘it appears that accused himself is not clear for how much time he had hired the complainant’s vehicle and more importantly as to who had employed Akram as its driver.’

The court also held that ‘It has been held in a catena of judgments that mere non-disclosure of the loan transaction in the ITRs or any violation of the provision of IT Act concerns only the defaulter and the state.’

The court after a discussion held that the version of the complainant stands proved beyond a reasonable doubt. The accused Devi Dass stands convicted for the offense u/s 138 of NI Act.