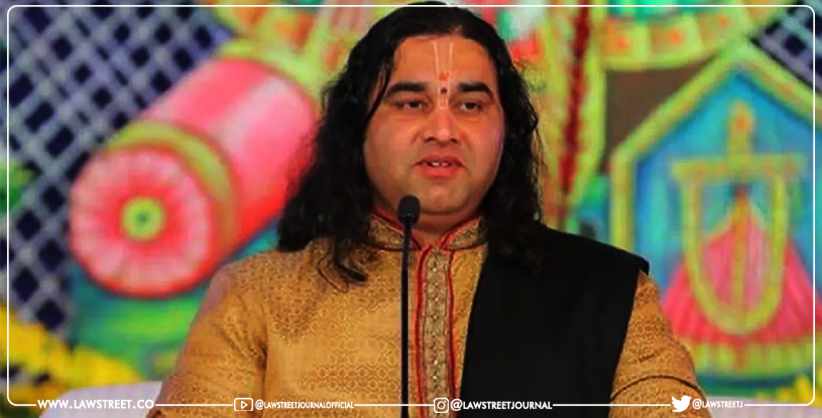 A Public Interest Litigation (PIL) was filed in the Supreme Court by Dharma Guru Devkinandan Thakur Ji to challenge the validity of Section 2(c) of the National Commission for Minorities (NCM) Act 1992 for not only giving unbridled power to the Centre but also being manifestly arbitrary, irrational and offending Articles 14, 15, 21, 29 and 30 of the Constitution of India.

The matter has been listed in Supreme Court on 18 July 2022, Monday.

The PIL has been filed through Advocate-on-Record Ashutosh Dubey on behalf of the petitioner. The Ministries of Home Affairs, Law & Justice (Legislative Department) and Minority Affairs have been made respondents in the said petition.

The facts constituting cause of action accrued on 17.05.1992  when the Act came into effect and by using unbridled power under S. 2 ( c ), Centre arbitrarily notified 5 communities viz. Muslims, Christians, Sikhs, Buddhists and Parsee as minority at national level against the spirit of TMA Pai ruling. Cause of action continues till date because followers of Judaism, Bahaism & Hinduism; who are real minorities in Ladakh, Mizoram, Lakshadweep, Kashmir, Nagaland, Meghalaya, Arunachal Pradesh, Punjab, Manipur, cannot establish & administer educational institutions of their choice because of non of ‘minority’ at State level, thus identification jeopardizing their basic rights guaranteed under Article 2930. Their right under Articles 2930 is being siphoned off illegally to the majority community in the State because Centre has not notified them ‘minority’ under NCM Act. Followers of Judaism, Bah aism & Hinduism are being deprived of their basic rights to establish & administer educational institutions of their choice.

● By using unbridled power under S. 2(c) of the NCM Act and S2(f) of the NCMEI Act, Centre has arbitrarily declared Muslims as minority, who are 96.58% in Lakshadweep, 95% in Kashmir & 46% in Ladakh. Centre has declared Christians as minority, who are 88.10% in Nagaland, 87.16% in Mizoram & 74.59% in Meghalaya so they can establish & administer the education institution of their choice. Likewise, Sikhs are 57.69% in Punjab & Buddhists are 50% in Ladakh and they can establish & administer educational institutions but not the followers of Bahaism & Judaism, who are merely 0.1% and 0.2% respectively. Therefore, petitioner is challenging validity of Section 2(f) of the National Commission for Minority Educational Institution Act 2004, for being arbitrary, irrational & contrary to Articles 14, 15, 21, 29, 30 of the Constitution.

● In exercise of the unbridled powers conferred by Section 2(c) of the NCM Act, the Central Government through the Notification dated 23.10.1993 arbitrarily notified five communities viz. Muslims, Christians, Sikhs, Buddhists and Parsis as ‘minority’ community, without defining ‘minority’ and framing guidelines for identification at State level. In 2014, Jains were added in the list as sixth minority, though the 3 judges’ bench of this Hon’ble Court in Bal Patil Case had very categorically refused to grant ‘minority’ status to them.

● Followers of Judaism, Bahaism, Hinduism; who are minority in Ladakh, Mizoram, Lakshadweep, Kashmir, Nagaland, Meghalaya, Arunachal Pradesh, Punjab, Manipur; cannot establish & administer educational institutions because of non-identification of ‘minority’ at State level in spirit of TMA Pai ruling, thus jeopardizing their rights guaranteed under Article 29-30. Their right under Articles 29-30 is being siphoned off illegally to the majority population because the Centre has not notified them ‘minority’ under the NCM & NCMEI Act. They are being deprived of their basic rights, guaranteed under Articles 29-30.

● The denial of minority rights to the real minorities and arbitrary and unreasonable disbursement of minority benefits to the absolute majority, infringes upon the basic right to prohibition of discrimination on the grounds of religion race caste sex and place of birth [Article 15]; impairs the right to equality of opportunity in matters related to public employment [Article 16]; and also offends freedom of conscience and right to freely profess practice and propagate religion [Article 25]. Moreover, it erodes the obligation of the State ‘to endeavor to eliminate inequalities in status facilities opportunities’ [Article 38]. Therefore, the Hon'ble Court may declare Section 2(c) of the NCM Act 1992 & Section 2(f) of the NCMEI Act 2004, arbitrary, irrational void and unconstitutional.

Mind your tongue in Parliament! See what words are declared Unparliamentary | Watch Report

71 Obsolete Laws to Be Repealed In the Upcoming Parliament Session: Kiren Rijiju