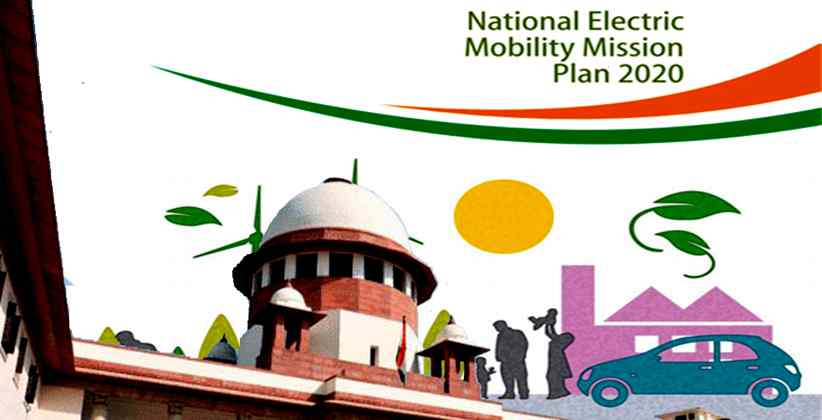 The Supreme Court on January 17, 2019 sought a response from the Centre on a public interest litigation (PIL) seeking directions to implement the recommendations of National Electric Mobility Mission Plan (NEMMP) 2020, and Niti Aayog’s policy framework on 'zero emission vehicles’ for faster adoption of electric vehicles to mitigate the impact of climate change and air pollution.

The Supreme Court's division bench comprising Chief Justice SA Bobde, Justice BR Gavai and Justice Surya Kant have given the Centre a four-week demarcated deadline to file the response. The petition is filed by Centre of Public Interest Litigation (CPIL), a non-governmental organization (NGO), which was represented by senior advocate Prashant Bhushan.

Senior Advocate Bhushan argued that e-vehicles are more viable since the combustion process in compressed natural gas (CNG) enabled vehicles also causes global warming & environmental repercussions. A proper infrastructure for Electronic Vehicles should be operationalised where vehicles requisites shall be expounded, he added.

Making EVs the first choice for buyers and replacing the conventional vehicles to eventually reduce liquid fuel consumption, compelled the NGO to file the petition. The plea further suggested ways including - preferential parking, exemption from toll fee, subsidised private ownership for charging infrastructure- in sync with international practices to boost the adoption of EVs.

The lack of effort on the part of government w.r.t enforcement agencies as inadequate laws have resulted into spiralling pollution levels and the air quality is steadily decreasing and no effective steps have been taken by the administration in this behalf, the petition said.

SC To Give Verdict At 2:30 pm Today On Nirbhaya Death Row Convict’s Plea Claiming Juvenility At The Time Of Commission Of The Crime In 2012