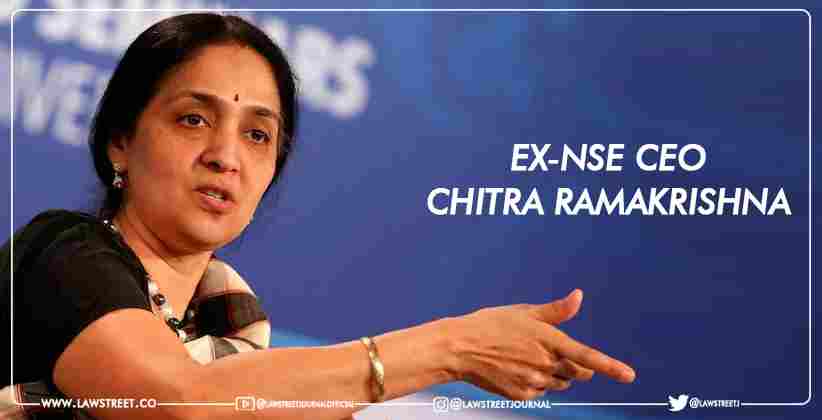 In the NSE co-location case, a Delhi court refused anticipatory bail to Chitra Ramakrishna, the former chief executive officer of the NSE.

In a major move in the National Stock Exchange (NSE) co-location case, Delhi's Rouse Avenue Court refused former NSE CEO Chitra Ramakrishna anticipatory bail on Saturday. Special CBI Judge Sanjeev Aggarwal issued the orders refusing the pre-arrest bail, but a complete order with specific explanation has yet to be issued. The court had deferred its decision on Ramakrishna's request on February 28.

"However, after hearing both the parties at detail as above and after review of the entire material, no good reason for ad-interim protection from arrest is made out in favour of the applicant accused at this time," the Special CBI Judge said while reserving his order.

Given the overall facts and circumstances of the case, as well as the grave and serious allegations levelled against the applicant/accused as stated above, there is no basis for anticipatory bail at this time. The judge ruled that the case should be dismissed.

Ramakrishna was recently questioned by the CBI about the case. Earlier this year, the Income Tax Department raided multiple locations in Mumbai and Chennai associated to Chitra Ramakrishna.

Meanwhile, the court has served notice on Anand Subramanian's bail application, requesting a response from the Central Bureau of Investigation. On March 11, the court will hear the said plea.

RAMAKRISHNA AND ANAND SUBRAMANIAN WERE RAIDED BY THE DEPARTMENT OF INFORMATION TECHNOLOGY.

After a SEBI report indicated that she had been guided by a secret spiritual guru for the last 20 years in crucial NSE choices, the I-T department raided Ramakrishna and NSE group operating officer (GOO) Anand Subramanian on February 17. After suspicions of tax fraud and financial irregularities appeared against her, the Internal Revenue Service raided her. She was accused of providing internal NSE information to a guru she called to as a "Himalayan Baba."

SEBI penalized Ramakrishna Rs 3 crores on the NSE, Rs 2 crores on Subramanian, and Rs 2 crores on Narain. For the next six months, the NSE will be unable to introduce any new products. After days of interrogation, the CBI arrested former NSE Group Operating Officer (GOO) Anand Subramanian in Chennai on February 25 in connection with the 'co-location' NSE case.

Many whistle-blower emails were provided to SEBI in 2015 and 2016 detailing the abuse of the exchange's co-location facilities to profit from early access to the stock market, according to reports. SEBI launched an investigation into Subramanian's elevation after receiving complaints. Sanjay Gupta, the owner and promoter of OPG Securities, and others have been arrested by the CBI in connection with the co-location case.

In 2016, Ramakrishna and Subramanian resigned from the NSE, and the board allowed them to do so without bringing up her "severe financial violations." The NSE system was rigged, according to Republic sources, by installing a computer near the NSE server. The brokers had a 10:1 speed advantage over their competitors as a result of this. The information was presented in a logical order. This meant that the broker who connected to the server had an advantage over his competitors.