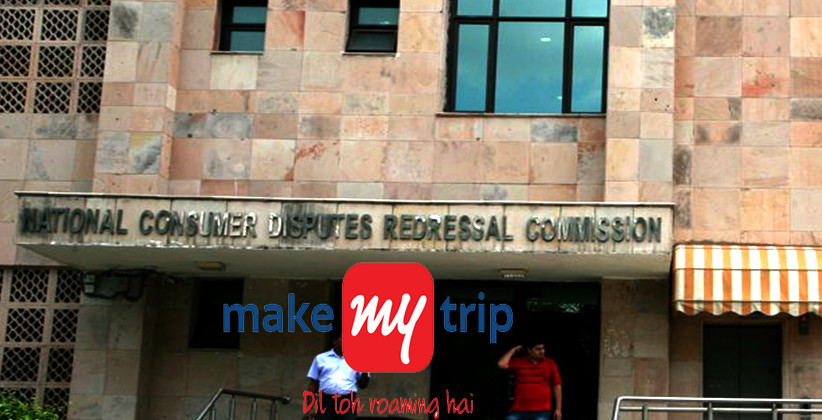 The National Consumer Disputes Redressal Commission (NCDRC) on July 5, 2019, in the case of Make My Trip (India) Pvt. Ltd. v. Manabendra Saha Roy has dismissed the revision petition filed by the company under Section 21(b) of the Consumer Protection Act, 1986, against the order of the State Commission of West Bengal and directed it to compensate a customer for changing his tour package three days prior to the tour.

In this case, the customer (respondent) had booked a tour package worth Rs 2,06,959 for four persons to Dubai on the basis of an itinerary sent to him by the Petitioner, Make My Trip, on 19 September, 2015, via email. The itinerary, though tentative, encapsulated sight-seeing at various tourist spots in Dubai.

It was the case of the respondent that the said itinerary was changed by the petitioner without giving him any due notice. It was only three days before the tour when the respondent visited the office of the petitioner to collect his air tickets did he find that the itinerary had changed and was quite different from the earlier itinerary. The new final itinerary did not have any sight-seeing and he had in essence been charged for air tickets and hotel reservations only, he submitted.

It was alleged that as per the petitioner's cancellation policy, cancellation was permissible ten days prior to the scheduled date of departure and any cancellations made after that shall result in forfeiture of the deposited amount. Since the respondent had discovered the change in itinerary only three days prior to the scheduled date of departure, he could not cancel the package and had to reluctantly accept the tour package. Such actions of the petitioner, he submitted, amounted to restrictive and unfair trade practices and also deceptive trade practices.

On the other hand, the petitioner contended that the respondent was not entitled to any relief since he undertook the tour despite the knowledge of the final itinerary. Further, it was submitted that the itinerary initially provided to the respondent clearly stated that it was 'tentative'; nothing in the itinerary was fixed and the package was subject to changes.

After hearing both the parties, the Bench comprising Mr. C. Viswanath and Justice Deepa Sharma held that the arguments of the petitioner are devoid of any merits. It stated that since the so-called final itinerary was given to the respondent only three days prior to the scheduled date of departure, he was forced to undertake the tour to his utter dissatisfaction. Further, the word 'tentative' could not be misused to say that there was no fixed programme for any sight-seeing. The word 'tentative' only meant that in certain uncontrolled situation the itinerary may be changed by the petitioner.

The commission held that the practice on part of the petitioner, to induce its customer by sending an itinerary which they allege is a provisional one and later on completely changing the said itinerary and supplying a totally different itinerary after receiving the entire tour amount and leaving no option with the consumers for cancellation of the tour, threatening the customer with forfeiture of their entire amount, amounts to deceptive, restrictive and unfair trade practices. Accordingly, the order of the State Commission was upheld and the petitioner was directed to pay an amount of Rs. 1,10,000 to the respondent as compensation for mental pain and agony.