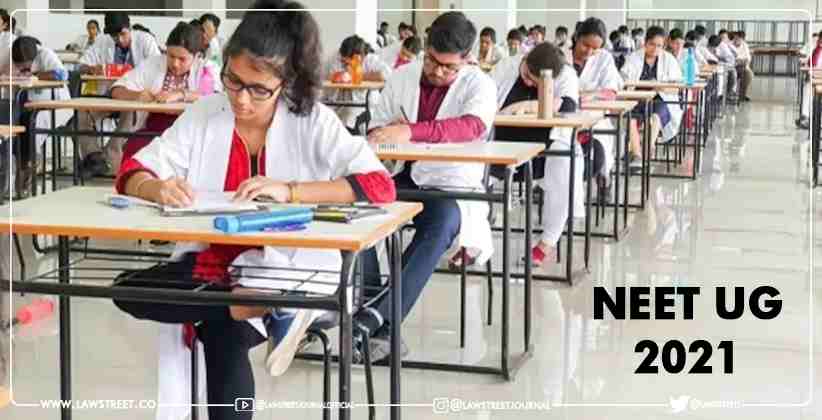 Adv Dogra: The NEET UG was held on Sept 12

SC: What sort of WP have been filed ? Lakhs of people have taken the exam. When people come to you to file the petitions, don’t you think that we’ll dismiss them with costs ? You now want to cancel the entire exam ?

SC to Adv Dogra: Yes we’ll hear you. Then we’ll specially deal with you.

SC: Yes we had also laid down lakhs of people will suffer.

Adv Dogra: CBI registered FIR & papers were leaked on watsapp. One student got the answers while he was in the exam hall.

ORDER :The petitioner seeks setting aside the NEET UG Exam & direct NTA to conduct the exam afresh. The basis is that CBI has registered 3 FIR’s wherein it has stated that there has been impersonation of the candidates.

ORDER: Counsel submits that there have been reports in the press of NEET 2021 papers being leaked. As the same was not conducted in fair & transparent manner. Leaking of paper & cancellation of exam cannot be at cost of lakhs of students. WP is dismissed with cost of 5 lakh.

Petitioner is warned not to file such petitioners.

SC to Adv Dogra: You know that the court will not cancel the exam in which 7.5 lakh people have taken the exam. This exam was conducted nationally & not locally.