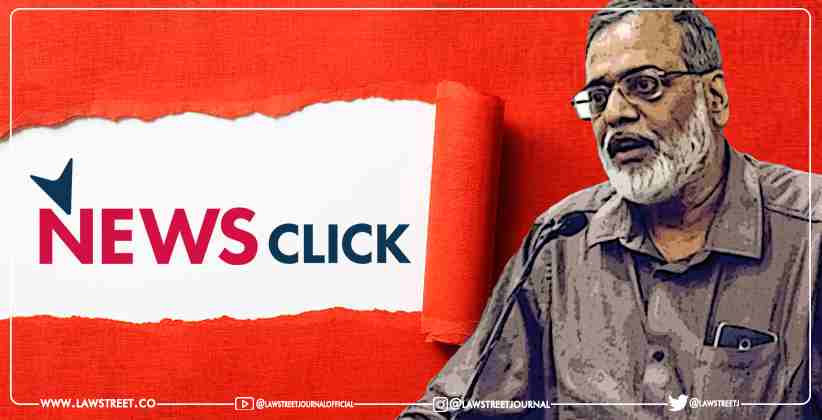 The Delhi High Court on 29th July (Thursday) ordered the Enforcement Directorate (ED) to take no aggressive measures against Newsclick pioneer and editor-in-chief in connection with a money laundering case if he joins the probe.

The temporary security provided to Prabir Purkayastha will be in effect till the next hearing of the case on September 2nd (Thrusday), according to Justice Mukta Gupta.

The judge ordered that no restrictive action (against the applicant) in the bail application be taken until the next hearing date, unless he agrees to join the inquiry.

On the appeal of the ED's lawyer, the proceedings in Purkayastha's petition for anticipatory release in a money laundering case under the Prevention of Money Laundering Act (PMLA) was postponed.

The court noted that the ED has yet to provide the parties with a draft of its ECIR.

On June 21st (Monday), the high court ordered the ED to refrain from taking aggressive action against the news portal and its editor-in-chief in relation with the matter.

It had also served notice on the ED in response to the news portal's request for a draft of the ECIR it had filed in the matter.

After that, on July 5, the temporary security was prolonged until July 29.

According to the FIR, the investments have been made by substantially overestimating the petitioner company's shares in order to evade the alleged FDI cap of 26% in a digital media site.

It was further claimed that over 45% of the investment was diverted/siphoned off for the payment of salary/consultancy, rent, and other costs, all of which were allegedly done with ulterior intentions.