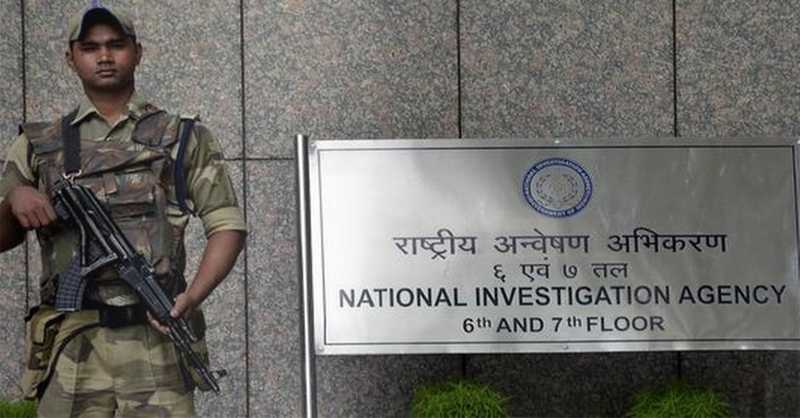 The National Investigation Agency (NIA) Court on 9th September, Wednesday granted bail to the students named- Allan Shuhaib and Thawaha Fazal who were arrested by the Kerala Police under the Unlawful Activities (Prevention) Act for having associations with the banned Maoist groups.

The Judge on the case Anil K Bhaskar noted that the accused party was able to convey a rational as well as realistic doubt on the question of prima facie case and thus the bar under section 43D(5) of the UAPA Act is raised as there was no clear prima facie indicating that the students were linked to the banned terrorist group. The court even mentioned that their main policy is to discourage disaffected groups from embracing terrorism in order to fight terrorism.

Both the students, Allan and Thawaha are the activists of the Communist Party of India (Marxist) who were arrested by the Kozhikode police on 2nd November 2019 alleged that they have links with the Maoist and been under custody since then. Their plea of bail was denied by the High Court of Kerala as they were arrested under the charges of the UAPA Act for having associations with a terrorist group.

While granting bail the court marked that the suspected persons were students, didn’t have any influential backing, and were not involved in any past criminal experiences, and were young men who had the possibility of reforming themselves.

So the court said, “On appraising the materials placed on record for the limited purpose of the disposal of bail applications, it appears to me that even though the prosecution was able to prove the first postulate of Section 38 and 39 that the accused did have relation and supported CPI (Maoist) organization, it is dubious whether the prosecution has made out a prima facie regarding the second postulate indicating that the affiliation and aid rendered by the accused to the banned organization were done with the intention to encourage, endorse or enable the commission of terrorist activities.”

The Judge further noted some other conditions too while granting bail, “Here the petitioners are budding youngsters. At the time of arrest, one of the accused was 19 years old and the second one was 23 years old. The first one was a student of law and the second one was a student of journalism. It appears that they might be pro-active on each and every continuous social and political issues. Such people are more disposed to extremist ideologies and that must have led them to the banned organizations. Thus, to some extent the court has to be lenient to them on the question of granting bail but with a clear indication that the chance given for reformation should not be misunderstood as an opportunity to fasten their bond with those banned groups and to be a part of them. One cannot route to violent methods to overawe democratically elected government or legally formed Governmental Machinery, even though people are being drawn to have recourse to such things. Let us hope that the parents o petitioners will play an active role in the improvement of the mental and psychological qualities of the petitioners.”

The judge also referred a judgment from the Bombay High Court, Jyoti and others v. State of Maharashtra (2012), the court stated that numerous people are influenced and often get inclined towards the Maoist thinking because of the oppression of weaker sections they might have suffered in the societal setup.

“As observed by the Bombay High Court, a number of people are influenced and even get attracted to the Maoist philosophy because of the oppression of weaker sections which they might have experienced in the social set up. It is impossible to hold that all such persons can be treated as members of a terrorist organization or they should be liable to be punished for having belief in such ideology or sympathy for those who promote such philosophies. The strategy to fight against terrorism is to dissuade disaffected groups from embracing terrorism.”

The Judge further referred to another judgment of the Kerala High Court, Shyam Balakrishnan v. State of Kerala where it was held that being a Maoist is not a crime and the police has no authority to detain a person simply because he is a Maoist unless there is evidence to prove that he/she is involved in unlawful activities. The court stated that since no specific violent or overt acts are attributed against the alleged persons at this stage it is not possible to build some nexus (bond) between the accused and the terrorist activities of the organization.

Thus, with regard to the Kashmir Pamphlets, the judge noted that “It is to be taken note these banners were prepared in the outcome of the annulment of Article 370 and Article 35A of the Indian Constitution by the Indian Parliament, and any evaluation diverted from the present context will lead to bad conclusions. The right to protest is a constitutionally guaranteed right. It is well settled that the expression ‘government established by law’ has to be differentiated from persons for the time being engaged in carrying on the administration. A protest against the plans and decisions of the government, even if it is a wrong cause can’t be termed as sedition or as an intentional act to support cession or secession. In fact, a contextual evaluation of the objectionable writings and protests doesn’t approve that any attempt was made to create hatred or contempt to the government of India, it also does not excite any disaffection.”

Therefore, there is a need for a better reviewing of our legislations and statutes, so that it is not misused by our Executive to murder the democracy and voice of people in the name of the law, and thus the main purpose of granting bail was to give a chance of reformation to the young accused persons as well as differentiate and define terrorist activities appropriately.