Home Judiciary Is ‘Nimbooz’ A Lemonade Or A Fruit Juice? Supreme Court To Decide
Judiciary 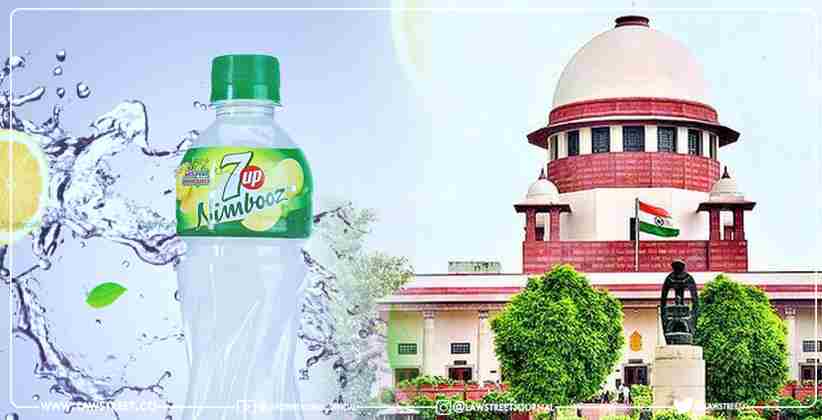 In recent years, the Indian judiciary has been interested in a variety of strange themes. In the most recent case, a Supreme Court court agreed to investigate whether 'Nimbooz' is lemonade or a fruit pulp/juice-based beverage. The exact amount of excise duty to be imposed on the drink will be established once the Supreme Court determines on its constitutionality. Since March 2015, the case has been ongoing.

A company called Aradhana Foods brought the issue before the bench chaired by Justice MR Shah and Justice BV Nagarathna, arguing that the drink should be categorised as lemonade rather than the current status of fruit pulp or fruit juice-based drink. The action was effectively filed to determine the amount of excise duty, which would be decided by the drink's categorization.

Nimbooz was previously categorised as a fruit juice-based beverage by Justice Dilip Gupta and P Venkata Subba Rao. Like a result, from February 2009 until December 2013, the drink was subject to tariff Item 2022 90 20 of the Central Excise Tariff, and it was required to pay duty as lemonade.

“The product ‘Minute Maid Nimbu Fresh’ (hereinafter referred to as MMNF) manufactured by Brindavan Beverages Private Limited, and 7UP Nimbooz Masala Soda’ or 7UPNimbooz’ manufactured by PepsiCo India Holdings Private Limited are classifiable under Tariff Item 2022 90 20 of the Central Excise Tariff Schedule under the category of fruit pulp or fruit juice-based drinks,” Justice Dilip Gupta and P Venkata Subba Rao had said in their statement earlier while classifying the drink launched by the multinational company Pepsico in 2013 as a fruit juice-based beverage.

"In view of the aforesaid order of the Larger Bench of the Tribunal, 'Nimbooz' would be classifiable under CETH 2022 10 20 of the First Schedule to the Central Excise Tariff Act," the SC bench of Justice MR Shah and Justice BV Nagarathna said, overruling the previous order, and the bench decided to consider the appeal filed by Aradhana Foods."

'Nimbooz' was initially presented by PepsiCo in 2013. The famous drink is characterised as being made entirely of natural lemon juice with no added froth. Some people questioned if Nimbooz should be classified as a lemonade or a fruit juice/fruit pulp-based liquid after reading the description.

Interestingly, the Indian judiciary had previously been seen focussing on such unusual matters. In 2019, the Delhi High Court heard a trademark infringement complaint involving the name of a Naan dish. The court went on to say that the phrases "Chur Chur Naan" and "Amritsari Chur Chur Naan" cannot be monopolised because they are "totally generic."

Aside from that, the Delhi High Court has already expressed an interest in defining the terms "sandals" and "chappals." Similarly, the Indian judiciary has been seen focusing on discovering what drives people to have extramarital affairs.

In March 2019, a Madras High Court panel requested the Central and State Governments a series of twenty questions in order to 'discover' the reasons why people engage in illicit relationships despite being married.

Last year, the Bombay High Court slammed the Brihanmumbai Municipal Corporation for its shoddy online licencing process for goat slaughter on Eid after a man named 'Neil Armstrong' received permission to butcher five goats inside one of their own courtrooms.