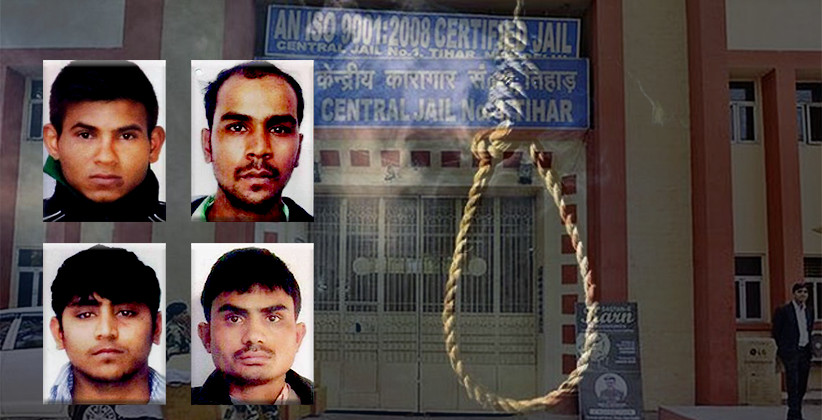 The well-known Advocate of the Nirbhaya Case Convicts AP Singh, has yet again filed a case against Tihar Jail Authorities in the Patiala House Court of Delhi, for not providing him with documents of the accused needed for filing curative petitions on their behalf in the Supreme Court of India, clearly another way devised by him for postponing their execution.

The Patiala House Court is likely to hear the matter on Saturday, January 25, 2020.

The first mercy plea in the Nirbhaya case had been rejected by the President of India, Ram Nath Kovind on January 17, 2020.

Mukesh Singh, one of the four death row convicts in the Nirbhaya gangrape and murder case had filed a mercy plea before the President on 14 January, 2020. Singh filed the mercy plea with President on the day his curative petition was dismissed by the Supreme Court.

Earlier in the matter, curative petitions were filed by two rape-murder convicts namely, Mukesh Singh and Vinay Sharma on January 13, 2020. Other convicts in the rape-murder case namely Pawan Gupta and Akshay Kumar Singh hadn’t filed curative petitions. The four convicts gang-raped and murdered a 23 year old woman in a moving bus in the National Capital Territory (NCT) of Delhi. The paramedic student was raped on the intervening night of December 16, 2012, inside a running bus in south Delhi by six persons and severely assaulted before being thrown out on the road. She died on December 29, 2012, at Mount Elizabeth Hospital in Singapore, where she was airlifted from Delhi for treatment.

Seeing the ongoing trend of petitions that are being filed by convicts and the time that it might take to consider them, it is likely that the date of the execution of death sentence might be postponed. Such a postponement of punishment would bring about public dismay as it has already been seven years since the heinous crime took place. The delay in punishment can be attributed to the problems with our criminal justice system which has not been amended in entirety with laws dating back to the British era. Despite the increase in sexual offences, much emphasis has not been given to it if the Indian Penal Code, 1860 is considered.