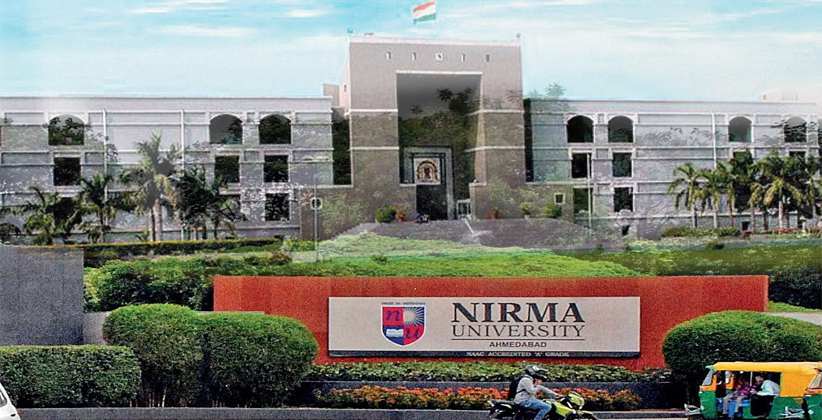 Judiciary Jul 26, 2020 Harshil Jain ( Editor: Ekta Joshi ) 9 Shares
9 Shares
Students of the Nirma University have, in a letter to the Chief Justice of the Gujarat High Court, complained that the University administration is demanding ‘full fees’, vide notification dated 1 July 2020, from the students, without taking into account the impact of COVID-19 pandemic on families of the students.

The letter read, “To demand full fees as previously demanded, which obviously includes numerous charges NOT being utilized in online teaching is sheer arbitrary. Therefore, the move is manifestly arbitrary, illegal, and thus unconstitutional being hit by Article 14 of the Constitution.” The University has notified that it will start online classes for the current academic year from 6 July 2020. In order to conduct the same, the University has demanded payment of fees from the students between 6 July and 5 August 2020. The students have complained that the University has ignored the University Grants Commission (UGC) circular regarding payment of fees in a ‘considerate manner’ while the pandemic is ongoing.

The students further wrote, “To mock the misery of the concerned stakeholders, the university has outrightly conveyed on 22.07.2020that ‘cost per student would go up’ in online learning methodology and that fee be paid on time to ‘avoid any inconvenience’. It also conveyed that, ‘in this regard, no further communication shall be entertained’.” “The prevalent situation indubitably warrants from the university to arrange and provide for special considerations in these unprecedented times. Appropriate relaxations are a bare minimum threshold that the University should have ideally met without any external calling,” it added. Mentioning that the academic fees have to be decided by the Director-General in consultation with the Board of Governors as per Rule 34A of the Academic Regulations of the University, the students pointed out that according to the official website of the University, “the last meeting of the Board was conducted on 28-09-2019. This proves that the University is unwilling to change its fee structure even in these uncertain times.” The students contended that if there is a reduction in costs, the benefit should be shifted to the students, otherwise “it would lead to colleges earning beyond the standard set by the law and thus, would be considered illegal”. The students have placed reliance on various precedents and wrote, “Hon’ble Supreme Court, in its 5-Judge Bench decision in Modern Dental College v. State of Madhya Pradesh has reiterated that a University cannot charge a fee that is beyond the purpose of fulfilling the object the education. In simpler terms, a University is not allowed to profit from running an educational institution. The Hon’ble Supreme Court has regularly reiterated that education is not a business but a charity.” The letter mentioned that there exists an obligation upon the University to mitigate the disproportionate impact caused by the state’s decision to order and enforce a lockdown. The right to meaningful existence under Article 21 also enhances such a positive obligation, it added. “Therefore the move is manifestly arbitrary, illegal and thus unconstitutional being hit by Article 14 of the Constitution,” it added. The letter concluded with a prayer seeking suo-motu cognizance by the Court and urging it to issue appropriate directions to the University to avoid ‘unfair, unjust and unequal’ treatment to the students.