NLSIU And VC File Counter Affidavit In Plea Against NLAT 2020, State “Implementation Of NLAT Was Only Way To Avoid Zero Year” [READ AFFIDAVIT] 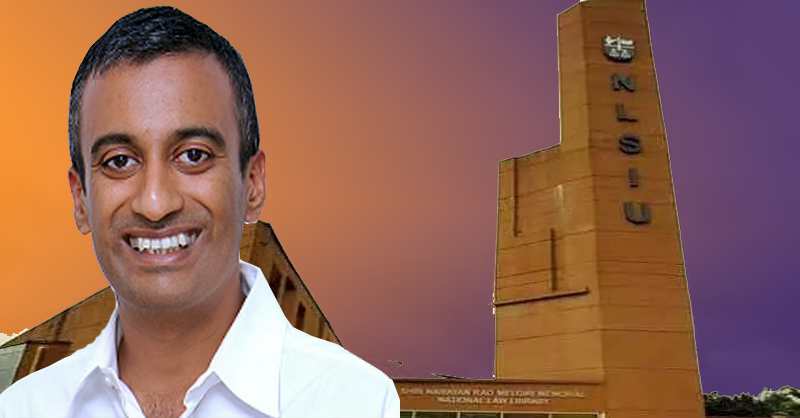 The Vice-Chancellor of NLSIU, Prof. Sudhir Krishnaswamy, and the Registrar, Prof. Sarasu E Thomas have filed a counter-affidavit to the petition filed by the former Vice-Chancellor of NLSIU, Prof. R. Venkata Rao, and an aggrieved parent of a CLAT aspirant which posed a challenge to the unexpected withdrawal of NLSIU Bangalore from CLAT 2020 and hold another entrance test altogether namely NLAT 2020.

NLSIU had earlier clarified that implementing of NLAT 2020 was completely justified and the decision was made keeping in mind the public interest and interest of students at large, as the implementation of NLAT 2020 was the only way left to avoid a ‘zero year’ where the students might lose the opportunity to join NLSIU for the present academic session. The VC of the University has further argued that the academic year at NLSIU shall not be less than 285 days and the arriving batch of the academic year 2020-21 will fall in short of 285 days if NLSIU didn’t complete its admission process by 18th September 2020.

The University further added that conducting NLAT 2020 is allowed under and in accordance with the applicable law and the Memorandum of Association and Bye-Laws of the Consortium of National Law Schools which conducts CLAT, as neither of these laws forbids a member from conducting its own entrance tests to determine admission specifically when CLAT is not held by the Consortium.

“As per the NLSI Act, the Executive Council is the Chief Executive Body of NLSIU. The Executive Council has categorically authorized respondent no. 1 to conduct its own admission process. The questionable examination NLAT has held inconsistency to the said categorical and unanimous decision of the Executive Council.” The University has questioned the maintainability of the petitioner’s side stating that petitioner no. 1 who claims to be the father of an aspiring CLAT student has not placed any documents or materials on record to represents the said fact.

Apart from these reasons, the petition is not maintainable as the petitioner no. 1 Professor Venkata Rao is the chairperson of private law college, Vivekananda Institute of Professional Studies college, and is not a member of the Consortium, nor is he an aggrieved party in the current case.

NLSIU has also explained the sequence of incidents which actually led to NLAT 2020 and states that in order to complete the admission process and commence the upcoming academic session of the first year by 18th September, NLSIU had made extensive and bona fide efforts to persuade the Consortium to facilitate the CLAT 2020 in a timely manner but their numerous negotiations failed.

“NLSIU had no other alternative but to act with promptness to complete its admission process and commence the classes by 18/9/2020 in order to save the academic year of incoming students. In this backdrop and in accordance with the directions and instructions of the Executive Council at the meetings dated 12/8/2020 and 18/8/2020 to develop alternative methods to complete admissions, the Respondent no. 2 summoned an Admissions Committee to consider the modalities for carrying out the admissions.”

Later, the decision to conduct NLAT 2020 was notified only after the due processes and in consonance with the permission granted by the Hon’ble Court in its order dated 11/9/2020 in the above proceedings, that NLSIU has implemented NLAT 2020 with a view to avoiding ‘zero year’.

The University has also mentioned that decision of the Executive Council to conduct NLAT 2020 is legitimate and well within the powers of the NLSI Act, Section 10. Even if the historical practice is taken into consideration, then the Executive Council is the supreme authority and authorized to take decisions as the chief executive body of the university.

It is claimed that NLAT 2020 was implemented in a pocket-friendly manner by limiting the application fee for the test to just Rs 150/- for general candidates and Rs 125/- for SC/ST candidates in order to ensure that no excessive financial burden is put on the students. Further, the exam is an online examination that can be easily taken from their respective homes and they don’t have to go to any additional test center, the counter affidavit states.

Professor Sudhir Krishnaswamy has urged the Court to grant them the permission to release the examination results of NLAT 2020 and complete the admission process and commence the academic session 2020-21 as per the revised calendar. The Executive Council, the Faculty, and the Vice-Chancellor have made it clear that they have acted in the best interests of the University and the student community in order to save their one academic year and thus they have signed the affidavit stating that implementation of NLAT 2020 is absolutely lawful and justified.

The Vice-Chancellor has mentioned in his affidavit stating that he is not proper nor a necessary party to the current proceeding and that he is just voicing the stand of the University.

“The Petitioners have sought to implead me on the grounds of unclear and unsubstantiated allegations. The affidavit filed by the respondent no. 1 also mentions that all the accusations are without any basis. Further, all the impugned orders are based on the decision of the University and not solely my decisions. Therefore, I pray before the Hon’ble Court to reject the allegations made against me and direct the petitioners to delete me from the range of parties”, stated in the Affidavit.

Prof. Krishnaswamy has notified that a virtual meeting was conducted on 3rd September with the nominee of the Chancellor of the Executive Council, Hon’ble Justice U.U. Lalit to attain the consent of the proposed course of action for NLAT 2020 and it was approved in the said meeting.

Further, the Vice-Chancellor has stated that the Consortium through the convener is not authorized to issue a press release stating that Prof. Krishnaswamy was purportedly divested of his post as Secretary-Treasurer and NLSIU was also debarred from all CLAT related activities. It is thus claimed that NLSIU and he learnt all of these proceedings of the Executive Council of Consortium through press releases issued by the Consortium.